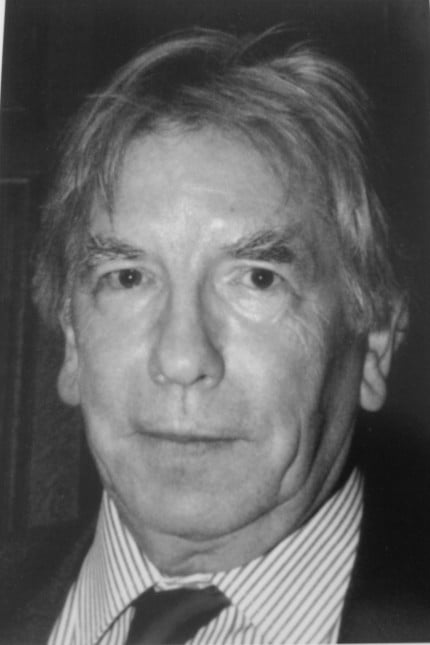 Fergus Millar (1935–2019), Camden Professor of Ancient History at Oxford from 1984 until his retirement in 2002, who died a little over 2 years back. His scholarship was prodigious, but just as important, he was a remarkably kind, unassuming person (not an iota of self-importance!) who would go out of his way to be welcoming to new graduates in the Classics Faculty, as I know from my vivid memory of a reception (in Michaelmas 1987) where Fergus appeared affably out of nowhere to rescue a couple that must have looked pretty lost.

If there was a unifying passion in Millar’s work, it was his fascination with the Greek world in the Roman period, in particular with the Roman Near East (the title, in fact, of one of his best works), his abiding interest in the local languages of the Roman empire, its linguistic and cultural diversity, and, more profoundly perhaps, his fascination for the ‘complex process by which the upper classes of the Greek East “became Roman” while “staying Greek”’ (Millar, A Study of Cassius Dio). Through the provincial ruling classes, and later through Christianity, the empire achieved a sort of functional and ideological integration that the British were never able to establish in any of their imperial domains, least of all in India. But, next to those themes, the new edition of Emil Schürer’s monumental The History of the Jewish People in the Age of Jesus Christ involved a ‘detailed re-working of the entire manuscript’ that absorbed years of labour from both Millar and Geza Vermes.

The other strand of Millar’s imagination as a historian was a subdued modernism, one that was (alas!) never expanded or developed beyond passing references such as his reference, early on in a Past & Present paper of 1984, to Ligurian agricultural workers working within a ‘wage-earning economy’ (the citation is to a passage which tells us that Ligurian women workers who were pregnant would get back to work almost as soon as they had given birth), or his allusion to a ‘fully monetised economy’ in the towns described by Apuleius in his novel The Golden Ass (late second century A.D.) (rebutting Hopkins’ claim that ‘The economy of the Roman empire was predominantly a subsistence economy’), or the famous assertion that followed a page later, ‘When we have read Apuleius we might carry away the image not of a subsistence economy, but of something more like Alan McFarlane’s deliberately provocative description of thirteenth-century England: “a capitalist-market economy without factories”’. This was written in 1981, when the entrenched orthodoxy in Roman history was still the sort of minimalism laid out in Finley’s Ancient Economy (1973) and reflected in the work of numerous British historians from A.H.M. Jones and Keith Hopkins to Michael Crawford and (among Byzantinists) Michael Hendy. It required courage to draw any analogy of that sort but, like the Italians and unlike the French, Oxford ancient historians were much less mesmerised by Finley. In any case, what attracted Millar to the novel was its sense of the depiction of ordinary life, something hardly ever reflected in more mainstream literary sources. The paradox here was that one had to turn to fiction to achieve a sense of realism about the ancient world!

Millar’s admiration for Rostovtzeff’s two great works surfaces repeatedly in all his writing. He described the last part of the Russian’s history of the Hellenistic world as a ‘wonderful, and so far unchallenged, account’, compared both his works to Braudel’s Mediterranean, referred often to Rostovzteff’s unparalleled ability to assemble ‘a mass of disparate fragments of information and combine them to form an intelligible pattern’, and called his social and economic history of the Roman empire ‘the first large-scale product of the revolution’ produced by the systematic compiling of documentary sources that began in the late 19th century. But Millar was perfectly aware that the actual story Rostovtzeff told was a conventional one (viz. where the prosperity of the empire ended abruptly in the military anarchy of the third century, thus ruling out any conception of Late Antiquity as we now know it), and in the essay on Apuleius ventured the following criticism: ‘[N]othing could be further from the truth than Rostovtzeff’s idea that the army of the Imperial period somehow represented an oppressed peasantry. On the contrary, the soldiers were a privileged official class whose presence was feared by ordinary people’ (‘The World of the Golden Ass’, Journal of Roman Studies, 1981, p. 68). This of course is fully borne out by the late Roman sources — the most erudite of the early Christian writers, namely Jerome, refers in one of his commentaries to the ‘violence of the bureaucracy, which oppresses people by virtue of its official authority’ (qui opprimunt per potentiam).

In one of his last papers, ‘The Palestinian Context of Rabbinic Judaism’ (2010), Millar argued that late antique Palestine was characterised by a ‘coexistence between different ethnic and religious communities’, one that was only sporadically marred by communal violence, and that, by the later fifth century, Christians were the dominant force there. This paper ends with the significant conclusion that ‘there was no extensive purely Jewish zone in which Jewish education could take place’, which, to his mind, made the rabbinic literature or the intellectual achievements of Palestinian Judaism in late antiquity ‘all the more remarkable’. The political lessons of this can scarcely be lost on those who mourn the besieged state of Palestine today.

Finally, in Religion, Language and Community in the Roman Near East (2013), his last work, Millar returned to a closer study of the distinct patterns of linguistic and religious coexistence that made up the local reality of the empire. The dominance of Greek as the language of government, civil society and culture, the ‘language of public communication’, as he described it, would never obliterate either Hebrew or the multiplicity of Aramaics spoken in Palestine or Syriac or proto-Arabic, of which the earliest attestation is the famous Nemara inscription from southern Syria, dated 328. But, to Millar, this suggested a widespread bilingualism in the local societies of the Greek East. And in the Epilogue of this book (entitled ‘Connecting to Muhammad?’) Millar agreed that the text of the Koran as we have it may well have been put together in the 640s or 650s, but that between the early (and generally hostile) Christian allusions to the life of Muhammad and the much later (and of course immensely detailed) Arabic narratives, ‘we cannot confidently construct an account of Muhammad’s life’ (p. 158). But since both the Old and the New Testaments are ‘fundamental’ to the Koran ‘throughout’, what puzzled him was how this knowledge had been acquired. ‘In what language, or languages, had this transmission taken place? The possibilities are quite extensive: Hebrew, Jewish Aramaic, Greek, Syriac and Christian Palestinian Aramaic—or Arabic itself?’ (p. 158). And he also showed that no self-identifying ethnic marker such as ‘Arabs’ can be found in the pre-Islamic Arabian peninsula—the Bedouin tribes in the steppe region and the areas south of the empire were always called either ‘Saracens’ (in Greek) or ‘Tayyoye’ (in Syriac), never ‘Arabs’.