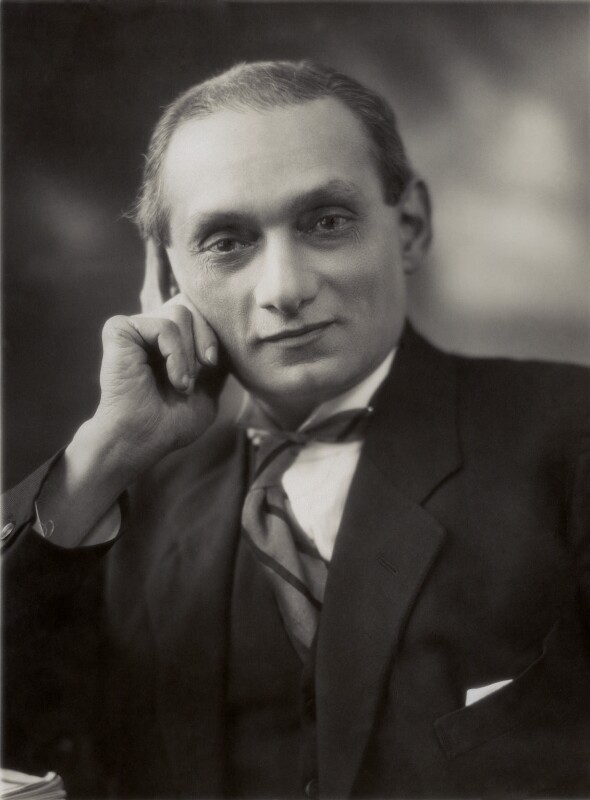 As late as 1926, Saklatvala felt his own father Dorabji and his immediate family had been done out of a substantial part of the fortune that went to the Tatas. His father, he wrote in a letter from that year, ‘had to lead all his life in want and from this age (viz. 14) was dispossessed of all wealth as well as business rights in the firm’. He referred in the letter to ‘the most cruel wrong done to my father and through him to our future stock’, and of how his father died ‘after years of injustice and suffering’. He explained how the Tatas found his father (a lad of 14 in 1868 when his father, Shapurji’s grandfather, died) ‘disobedient, vicious and uncontrollable’ and later extended no support for the education of his younger brother Beram. Saklatvala’s daughter states in her biography that he ‘was convinced that his uncle, Jamsetji Tata, had virtually destroyed his father’ and caused the de facto separation of his parents (Sehri Saklatvala, The Fifth Commandment, 1991, p. 13).

This is the background against which one should situate the otherwise remarkable trajectory of an upper-class Parsi moving progressively to the Left once he left India.

Here’s a longish extract from John Hinnells’ book The Zoroastrian Diaspora (Oxford, 2005), from the pages dealing with Saklatvala.

He [Jamsetji] turned the young Shapurji against his own father and favoured him to the extent that his own son [Dorabji, b.1859] was jealous, something which caused Saklatvalla problems later on. He studied at the Catholic St. Xaviers’ College… In the early years of the twentieth century he and some friends worked with a bacteriologist, Prof. Vladimir Haffkine, immunizing Bombay’s poor against bubonic plague. Haffkine had left Russia to escape Tsarist surveillance, and it is reasonable to suppose that his socialist views influenced Saklatvalla. After this experience he spent time depressed in a sanatorium. He joined Tatas in 1901, and in 1902 began prospecting for iron and coal in Central India with Dorabji Tata and an American... He pursued this quest further than either of the Tatas did, sometimes to the detriment of his own health in the jungles and swamps … and to his own future career disadvantage because of Dorabji’s increasing jealousy. More than any of his colleagues he lived among, and worked with, the labourers, presumably out of his growing socialist convictions, but certainly to their reinforcement. Partly for the sake of his health, and partly to distance his views from those of the Congress-orientated Tatas, he was sent to the outer reaches of the Tata empire—London. Few books have paid due attention to the fact that in plague-ridden Bombay and in the jungles, Saklatvalla had spent what was to prove half his life working for the poor.

When he arrived in London in 1905, he was again depressed and ill and went to take the waters at the Derbyshire spa town of Matlock. There, he fell in love with a waitress at his hotel. A year later, he married Elizabeth, known as Sally, and renamed by Saklatvalla as Seri... Saklatvalla arrived in England a member of the Liberal Party; he moved progressively to the Left through the Independent Labour to the Communist Party. Wadsworth gives a good account of his increasing political activity [the reference here is to Marc Wadsworth, Comrade Sak, 1998], and the left-wing sympathies of the Battersea constituency, making intelligible what at first seems incredible, namely the election of an Indian Communist as a Member of the British Parliament (indeed he was the only Communist ever to be elected to Westminster). He lost his seat in 1923, but regained it a year later.

He undertook a visit to the Soviet Union, which influenced him deeply, but was banned by the American authorities from a parliamentary visit to the USA. He was a prominent figure during the miners’ and the General Strike. In 1926, he was imprisoned for two months because, in a speech in Trafalgar Square, he called for the soldiers not to take up arms against the unarmed strikers. When he appeared in court he refused to be bound over, and so was sent to prison. Throughout much of his life, especially after his release from prison, he was subject to police surveillance, and the intelligence services opened his mail. Even though his rallies had never been associated with violence, the police often cancelled his speeches at the last minute….

[In 1927] he had an extensive national tour from Karachi to Calcutta to Madras, as well, of course, Bombay. He addressed large audiences in many cities. His relations with the INC leadership were mixed. Generally, Nehru was willing to attend his lectures, and on Saklatvalla’s death sent a message to the funeral. Relations with Gandhi were much more strained. Saklatvalla was hostile to Gandhi’s negative views on Indian industrialization … he (also) objected to the way that Gandhi allowed himself to be venerated. Gandhi had little sympathy for Saklatvalla’s Marxist views… What is also interesting in the context of this book are the different reactions of the Parsis in India to Saklatvalla. In Bombay the reactions of the community leaders were polarized… Sir Pheroze Sethna opposed the presentation of an address to Saklatvalla on his visit to the city, whereas four other Parsis (including F. K. Nariman) supported such a presentation. At a meeting in Navsari, Saklatvalla … was honoured by the senior of the Dasturs, Dastur Meherjirana.

Hinnells goes on to say that, on his return from India, he sought agreement from the Zoroastrian Association for the navjote of his children. They ‘finally agreed to the function, even though Saklatvalla had married out of the community and had undergone a Christian baptism while at St. Xavier’s. Saklatvalla assured the Association that he had only done this to see what it felt like, and had never given up his Zoroastrian religion. Later the same year, 1927, the Association also gave permission for him and his children (but not his wife) to be buried at Brookwood. (...) The (Communist) Party praised him more on his death than in his later years, when they had on occasion publicly reprimanded him, for example, in engaging in the ‘superstition’ of his children’s initiation [navjote].’ (Hinnells, The Zoroastrian Diaspora, pp. 376ff.)

Saklatvala was a remarkable speaker. In Insurgent Empire , Priyamvada Gopal refers to ‘the over 500 interventions he made in the House of Commons during a relatively short but packed parliamentary career’. In one speech to parliament on 7 November 1928 he said, ‘There is no nation in the world…which has devoured more human lives and created more murders than the British nation and the British Parliament’. And of the three Parsi MPs in Britain (Naoroji, Bhownaggree and Saklatvala), ‘Saklatvalla’, Hinnells writes, ‘was the only one to call in Parliament for the removal of British rule’.