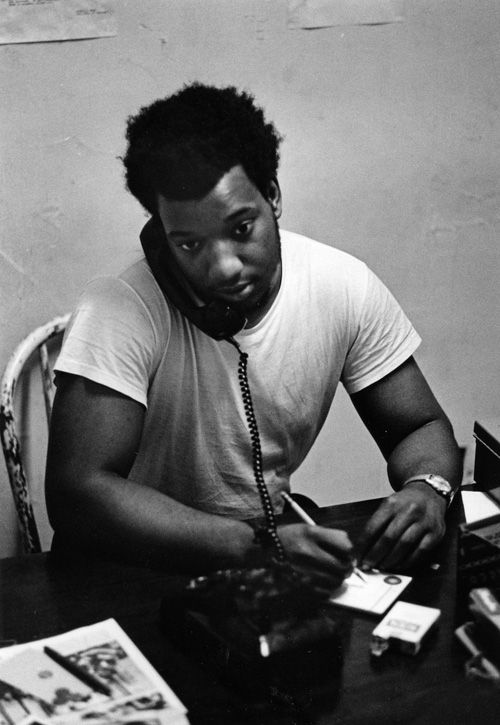 The amazing Fred Hampton (1948–1969), Chairman of the Chicago chapter of the Black Panther party who saw himself as a revolutionary socialist, describing racism as a ‘byproduct’ of capitalist oppression. He was 21 when he was murdered in his sleep by the Chicago police acting with FBI collusion. One of Hampton’s most remarkable achievements had been the building of a Rainbow Coalition that encompassed the Black Panthers, the Puerto Rican Young Lords and the white Appalachian Young Patriots (a group of working-class white Southerners).

Craig McPherson who wrote his thesis on Hampton tells the Guardian (first link below), “They were seeing his successes and it scared the establishment. It scared white America. It scared the FBI, J Edgar Hoover. It scared them.” “[The government] had nothing on him. They could not get anything on him…They were not going to get him through scandal, so the alternative they turned to was assassination.”

In high school, he staged walkouts, protesting against racism, successfully advocated for the hiring of more black teachers and administrators and was recruited by NAACP for their suburban youth division. He continued his advocacy after his graduation into the summer of 1966 where he accompanied black children via bus to an unsegregated neighbourhood where they could swim; the following year, he demonstrated for their own swimming pool, closer to the neighbourhood. His efforts raised the money for the aquatic centre but also resulted in his placement on the FBI’s Key Agitator List. He wouldn’t join the Black Panther party until the year after, in 1968.

Atop his proven organising success, Hampton was a passionate orator. Jeffrey Haas, co-founder of the People’s Law Office and author of The Assassination of Fred Hampton: How the FBI and the Chicago Police Murdered a Black Panther, detailed how Hampton mastered his childhood speech impediment to turn his voice into an asset. “[He] went to church with his parents and learned the cadence of the ministers at the churches… [He] also memorized the speeches of Dr King and Malcolm X, so that it wasn’t just an accident that his speeches had a really powerful effect, you know?

“He was like a modern-day rapper, talking quickly, a staccato between him and the other people,” said Haas, explaining how Hampton established himself as an equitable, trustworthy voice of the community. “Fred had the unique ability to speak to different audiences. He could talk to welfare mothers, to gang kids, to law students, to intellectuals, to young college students. He could bring people together.”

Shaka King’s new film on the assassination of Hampton (Judas and the Black Messiah) and William O’Neal’s role in it is discussed in the links below. (O’Neal was a teenager forced to turn informant for the FBI’s Chicago field office as part of the counterintelligence programme known as COINTELPRO.)