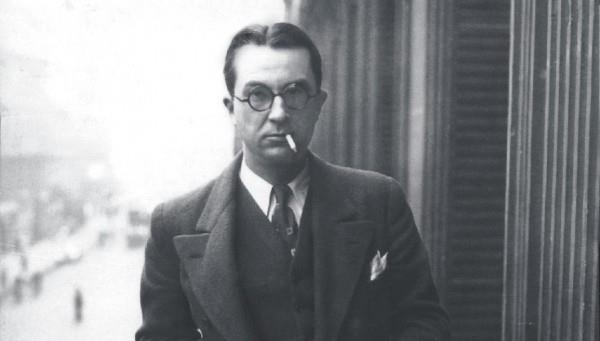 Paul Nizan (1905–1940), novelist and committed socialist, who left Europe for Aden in September 1926 when he was just 20, to spend six months there and write the philosophical memoir for which he is best known today. This brilliant piece of writing, called Aden, Arabie, published in 1931, was eventually reissued in 1960 with the proverbial Sartre preface. The book begins, famously, with the sentences “I was twenty. I will let no one say it is the best time of life”.

In France, it was Nizan not Sartre (the two were inseparable in the twenties when they studied philosophy together) who was the original prototype of the ‘committed intellectual’. Years later, Sartre would say, “Nizan detested the École Normale, for very good reasons – its class function in creating a privileged élite. Although he was academically ‘successful’, he never, never fitted into the system. By the third year he was in such a state of malaise that he escaped to Aden” (Sartre, Between Marxism and Existentialism, p. 62, from the interview with New Left Review, no. 58, 1969).

It was in Aden that Nizan decided where he stood politically. When he returned to Paris, he would join the Communist Party and remain a member throughout the 1930s, despite the news of repression that kept filtering through in those years and his brief visit to the USSR. He finally broke with the party only in September 1939, soon after the signing of the Nazi/Soviet non-aggression pact of 23 August 1939, which, in any case, had stunned the entire party. For his part, Nizan had feared something of the sort would happen as early as May that year, when Litvinov was replaced by Molotov as the Soviet Foreign Minister.

In Aden in 1927, Nizan found a microcosm of the mercantile capitalism of the late 19th century, but here stripped to its bare elements, devoid of the ‘cosmopolitan’ cultural façades of Beirut or Alexandria. “There was no news except what came in cables from the agencies.” European newspapers piled up unopened in the corners of bedrooms. “No theatres, no publishing houses, no libraries…all the décor was forgotten and temporarily abolished.” “Every second of time that they passed – or rather, that passed them by – was subject to the pressure of the world market… In Aden, this pressure was an immediate presence, there were no intermediaries.” “Every heart hung on the electric waves that traveled under mountains of sea at a rate of speed which no shareholder of Shell tried to imagine.” “These men were replaceable parts of an invisible mechanism that slowed down on Sunday, because of religion, and was periodically jammed by the violent accidents of economic crises. This whole mass of machinery, bolted together, without safety valves, vibrated like a structure of sheet iron. In every city in the world there are men watching and waiting for the day when the cover will blow off and the steam will explode.” “They were men obsessed, and they were dying by inches in the service of anonymous capital.”

“Aden taught me that I would understand everything in my native country.” Aden, Arabie is written with astonishing beauty, whole passages reading like the prose-poems of some latter-day Rimbaud. But the energy that pulsates through this extended meditation is a critique of capitalism, articulated not in abstractions but with a savage directness, as in Nizan’s scathing description of Aden’s most powerful businessman, a British leather merchant he calls ‘Mr. C.’. [Mr. C was the French-born Aden-based merchant Antonin Besse.]

Nizan was 35 when he was killed in the Battle of Dunkirk in May 1940. But the French Communist Party could never forgive him for having left the party. “It was decided that Comrade Nizan should be obliterated”, wrote Sartre about the slanders which they began to spread about him as early as March 1940 when Thorez denounced him as a police agent. A petition drafted in his defence in 1947 included the signatures of Simone de Beauvoir, Camus, Merleau-Ponty, Sartre and André Breton.