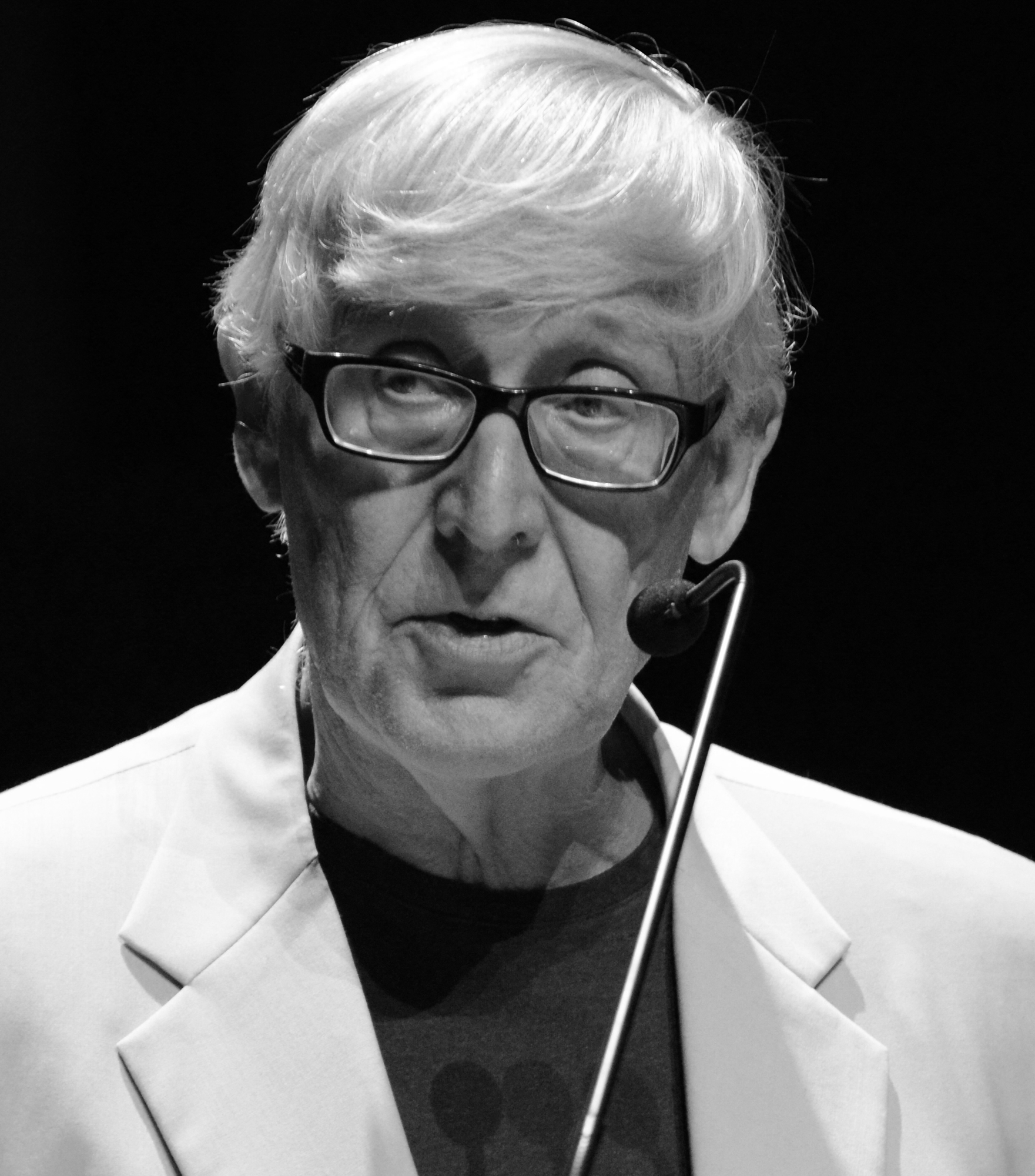 Arguably the most interesting essay to appear in Britain in 1968 was Perry Anderson’s “Components of the National Culture”, published in New Left Review in July/August of that year and later described by Ian Birchall as Anderson’s “ponderous tour through the sterility of British intellectual life”. Against the background of growing student unrest in many universities up and down the country, Anderson saw himself instigating “a direct attack on the reactionary and mystifying culture inculcated in universities and colleges … which it is one of the fundamental purposes of British higher education to instil in students” (p. 3). He argued that what set British students apart from their counterparts on the continent was an intellectual heritage marked by “the lack of any revolutionary tradition within English culture” (p.4). Marxist theory had never become naturalised in Britain, which remained the one European country “which—uniquely—never produced either a classical sociology or a national Marxism” (p. 11). The picture could not have been less flattering—a bourgeoisie quiescent in its seeming subordination to a governing aristocracy, a working-class party (Labour) “untouched by Marxism” (pp. 13-14), a society, England’s, defined by its “immutable character” (p. 17). To top it all, the backbone of British academic life (and this was the core thesis of the polemic) was formed by a “White”, counter-revolutionary emigration (p. 18), intellectuals who fled fascism to settle in Britain thanks to an elective affinity for its mediocre, conservative culture—Wittgenstein (philosophy), Malinowski (anthropology), Lewis Namier (history), Karl Popper (social theory), Isaiah Berlin (political theory), Gombrich (aesthetics), Eysenck (psychology), and Melanie Klein (psychoanalysis). These expats expunged any sense of historical time from their respective disciplines, relying on modes of explanation dominated by psychologism. They “codified the slovenly empiricism of (Britain’s) past” (p. 19). The one exception to the quiescent political tenor of this wave of intellectual refugees, viz. Isaac Deutscher, “was reviled and ignored by the academic world throughout his life” (p. 20). (Anderson might have added Arthur Rosenberg’s failure to find a place in British academia in the mid-thirties; but another historian who fled fascism and did land a job at a British university was of course Momigliano.) And, starting his critique with Wittgenstein, Anderson argued, the linguistic philosophy of the forties and fifties represented a deliberate renunciation of the traditional vocation of philosophy in the West (p. 22).

Anderson’s assessments were often devastating, cf. “Wittgenstein knew virtually nothing of the history of philosophy, was devoid of any sociological or economic culture, and had only a very limited repertoire of literary reference” (p. 23); about Popper, “His entire diatribe against Hegel, in fact, was based on complete historical ignorance” (p. 27); about economics after Keynes, “today routine and mediocrity have settled over the discipline” (p. 35); about British intellectual production in general, “the record of mediocrity has been overwhelming” (p. 47). Social anthropology was the only exception to “the atomized empiricism of British domestic thought”, but even this was wedded to a purely functionalist totality (p. 49). In short, Anderson argues, “A White emigration rolled across the flat expanse of English intellectual life, capturing sector after sector, until this traditionally insular culture became dominated by expatriates, of heterogeneous calibre”, and concludes, “The chloroforming effect of such a cultural configuration, its silent and constant underpinning of the social status quo, are deadly” (p. 56). The immunisation against Marxist thinking and politics was thus complete.

Twenty-five years after Anderson wrote his survey, Neal Ascherson, with the manifest benefit of hindsight, pointed to a singular weakness of its major thesis.

“Where Perry Anderson went wrong, it seems to me now, was that he actually underestimated the impact of his ‘White Emigration’. It did not simply reinforce English mental conservatism. It transformed it into dynamic ideas with a right-wing sociology of their own. Some of the ‘Whites’ may have been reactionaries, but they were still Continental thinkers who believed in the force of theory. When Mrs Thatcher proclaimed that there was ‘no such thing as society’, she was not repeating old Tory and Liberal sneers at brainy generalisations. She was launching a vigorous, authoritarian crusade designed to break down communities into atomised individuals powered only by greed. Popper, in her hands, became a weapon. Faith in ideology, that European import, passed from the left to the far right. And there it remains.” (https://www.independent.co.uk/voices/how-england-learnt-to-think-and-nothing-was-ever-the-same-again-1451002.html )

To this it’s worth adding, first, that intellectual life in Britain was of course less monochrome than Anderson’s guerrilla against course-content in British universities suggests. He himself notes that economics was commanded by Keynes and was favoured by the presence of Sraffa and Kaldor among others. Raymond Williams is mentioned once, as are Hobsbawm and Christopher Hill, and major figures like E.P. Thompson, Rodney Hilton, E.H. Carr, Moses Finley and Momigliano not at all. In fact, it is Anderson’s treatment of history that seems, at least in retrospect, the least convincing part of his survey (just as the discussion of Wittgenstein is, to someone who did philosophy at Oxford in the late sixties, certainly the most).

That Anderson chose Namier as emblematic of the history being taught in Britain in the sixties says more about his aversion to imagined orthodoxies in the community of historians than any real state of affairs. What is striking about the historians who were active in Britain throughout the decades from the fifties, when Past and Present was launched, into the seventies and later was their cosmopolitan backgrounds, a feature that must surely have influenced the way they thought about and practised history, and this regardless of where they stood politically. E.H. Carr and Ronald Syme spent longish spells in the British diplomatic service, Hobsbawm was born in Alexandria and spent his childhood in Vienna and Berlin, A.H.M. Jones taught at the Egyptian University in Cairo for five years, E.P. Thompson’s father taught Bengali at the Indian Institute, Peter Brown’s father was an official of the Sudan Railways, Victor Kiernan was fluent in Persian and Urdu, Momigliano and Deutscher were refugees from fascism (as were Ralph Miliband, later Britain’s leading political scientist, and the strangely isolated figure of Sohn-Rethel who lived there from 1937 to the early seventies), Finley was a refugee from McCarthy’s America, and Tim Mason was so disgusted by Thatcherism that he abandoned Britain permanently in the last years of his life. All of them were active when Anderson wrote his ‘survey’, none of them showed the slightest trace of any stifling British insularity. Peter Brown, of Irish descent and later to leave Britain for good, would reflect, “It was Braudel who gave The World of Late Antiquity its coordinates”. And Carr’s grasp of the Russian sources speaks volumes for this extrovert streak in the wider intellectual culture of Britain. (Tamara Deutscher recalled that, like her husband, Carr was disbarred from academic posts when he first embarked on what he called his “Russian project” in 1944.)

That its author should, in retrospect, describe The World of Late Antiquity as “unmistakably a book of the late 1960s” shows the sort of paradigm-shifts that were taking place beneath the unperturbed surface of Anderson’s ageless British torpor. (There is a sense in which the whole ‘continent’ of Late Antiquity emerged from that one book.) Now classics like Parliamentary Socialism, The Making of the English Working Class, The Prophet Outcast, and Momigliano’s The Conflict Between Paganism and Christianity in the Fourth Century, and seminal essays like Mason’s “The Primacy of Politics” and Juliet Mitchell’s “Women: The Longest Revolution” (both from 1966) were all published in the sixties. The impression of immobility conveyed in the trenchant tones of Anderson’s critique was simply misleading if the wider intellectual culture wasn’t going to be collapsed into its academic core.

If the lack of any major left-wing emigration to British academic life had its intended counterpoint in the successive waves that carried persecuted left-wingers across the Atlantic, the other obvious comparison in “Components” was with the continent. It is this comparison, never developed in the essay, that is most symptomatic of intellectual differences. Cinematic realism, existentialism, phenomenology, the kind of history that Braudel had just published in 1949 or Mazzarino would publish in 1951, Della Volpe, Levi-Strauss, rationalist philosophies of science (Bachelard, Canguilhem, Koyré), operaismo, sociologie du travail, the Left Bank group (Marker, Resnais, Varda)…the sheer effervescence that defined postwar French and Italian intellectual life is prodigious, and what is so striking here is that the whole of the forties and fifties was a sort of obscure preparation for the radicalisation of the sixties. “Marxism” hegemonised western culture to a degree it would never do again after 1970. But “Marxism” here has to be understood in a diffuse cultural sense, flexible enough to allow for experiments in cinema (Visconti, Pasolini) and philosophy (Merleau-Ponty) that no rigid party line or narrow doctrinalism would have sanctioned. It was a gravitational field , not a doctrine, an idea Sartre attempted to convey in the famous opening pages of Questions de méthode (1957). This allowed for an obvious tension that would run through the whole of the postwar period. Did Visconti make “Marxist” films? Did Moravia write “Marxist” novels? Was Santo Mazzarino’s seminal monograph on the fourth century a “Marxist” history? Simply asking these questions shows how nonsensical the issue becomes if framed in this way.