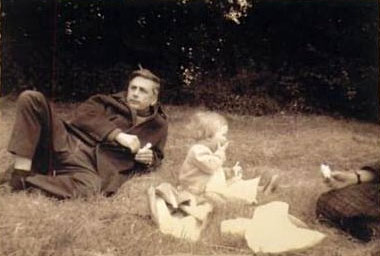 ‘The concept that society must necessarily be divided into “leaders” and “led”, the notion that there are some born to rule while others cannot really develop beyond a certain stage have from time immemorial been the tacit assumptions of every ruling class in history. For even the Bolsheviks to accept them shows how correct Marx was when he proclaimed that “the ruling ideas of each epoch are the ideas of its ruling class”.’

These extraordinary sentences appear in the lucid introduction Maurice Brinton (1923–2005) wrote to his booklet The Bolsheviks and Workers’ Control, a classic which went through three successive editions in the early seventies. Brinton’s book (along with Michael Vester’s re-reading of E.P. Thompson’s work and the writings of Vladimir Akimov) was a key influence in my own group/ circle of comrades in India (the ‘Platform Tendency’) moving away from ‘Leninism’ in the mid-seventies.

Brinton argues that ‘the Bolshevik Party was torn by a contradiction which helps explain its attitude before and after 1917. Its strength lay in the advanced workers who supported it. … But these workers could not control the Party. The leadership was firmly in the hands of professional revolutionaries. … As an institution, the Party totally eluded control by the Russian working class’. It was this ‘separation between the Bolsheviks and the masses’, as he calls it, intrinsic to the Bolshevik idea of revolutionary struggle, that explains why the Bolsheviks could ‘turn viciously against the Factory Committees in the last few weeks of 1917’, undermining any attempt to mount a true challenge to capitalist relations of production (more concretely, to the structure of authority embodied in those relations of production). It also explains how ‘A state apparatus, separate from the masses, was rapidly reconstituted’.

So, who was Brinton? No such person existed. ‘Maurice Brinton’ was simply one of several pen names used by Chris Pallis, a distinguished British neurologist who, for much of his professional life, was anxious to keep his left-wing activity under wraps. He came from a wealthy Anglo-Greek family. He was born in Bombay in 1923, when his father was stationed there as general manager of the merchant firm Ralli Brothers. He studied medicine at Oxford during the war and would later come to be known as the neurologist who gave modern society the now accepted criteria of ‘brainstem death’. In the words of the British Medical Journal, Chris Pallis was ‘the neurologist who defined brainstem death’.

After a brief flirtation with one Trotskyist group (the RCP) at the end of the war and then, over ten years later, another dementedly sectarian one (the Socialist Labour League or SLL as we knew it), Pallis abandoned Trotskyism altogether, indeed any variant of ‘Leninist’ politics by 1960, to become what he willingly described as a ‘libertarian socialist’. The major influence here was the Socialisme ou Barbarie group in France and the ideas of its leading theoretician the Greek economist Cornelius Castoriadis. Pallis was a frequent visitor to Paris in the fifties and came back infected by their ideas.

Pallis wrote prolifically for the Solidarity Group in Britain and was the leading intellectual figure within it till he withdrew from any active engagement in the 1980s. The bulk of Castoriadis’ work in English was thanks to translations that Pallis did for Solidarity. Among his own writings was a prescient pamphlet that dealt with sexual repression and authoritarian conditioning as forms fundamental to capitalist control. This was called The Irrational in Politics.

Pallis was scathing about the ossified political culture of the British far-left groups. To his mind, ‘What the working class requires is “a revolutionary organization, *not as its self-appointed leadership but as an instrument of its struggle*”. This organization “should anticipate the socialist future of society rather than mirror its capitalist past”’ (Goodway, Anarchist Seeds Beneath the Snow, p. 299).

Pallis firmly believed, ‘Exploiting society consciously encourages the development of a mass psychology to the effect that the ideas or wishes of ordinary people are unimportant and that all important decisions must be taken by people specially trained and specially equipped to do so. … All the ruling groups in modern society encourage the belief that decision taking and management are functions beyond the comprehension of ordinary people. All means are used to foster this idea. Not only do formal education, the press, the radio, television and the church perpetuate this myth, but even the parties of the so-called opposition accept it and, in so doing, lend it strength.’ Here ‘opposition’ referred, of course, to the parties of the ‘revolutionary left’, none of whom, for Pallis, had broken with that idea in any significant way.

Here’s a final extract about how he saw the ‘far left’ of the mid-seventies; it comes from the introduction he wrote to Phil Mailer’s book on the Portuguese Revolution. Here Pallis referred to

‘the risk of genuinely radical upheavals being deviated into state capitalist channels. It is the danger that any new creation (in the realm of ideas, relationships or institutions) will immediately be pounced upon, penetrated, colonized, manipulated – and ultimately deformed – by hordes of power-hungry “professional revolutionaries”. … These people bring with them attitudes and patterns of behaviour deeply (if not always consciously) moulded by Lenin’s notion that the workers, left to themselves, “can only develop a trade union consciousness”. Their current organizational practices and their prescriptions for the future are bureaucratic to the core. … Their preoccupation with leadership destroys initiative. Their concern for the correct line discourages experiment. Their obsession with the past is a blight on the future. They create around themselves a wasteland of cynicism and disgust, of smashed hopes and disillusion, that buttresses the deepest dogma of bourgeois society, namely that ordinary people are incapable of solving their own problems, by themselves and for themselves.’

Much of the above is based on David Goodway’s chapter on Chris Pallis in his book Anarchist Seeds Beneath the Snow, which is available on several web sites, e.g.,
https://libcom.org/files/1846310253.pdf

And much of Brinton/Pallis’ work can be accessed at https://www.marxists.org/archive/brinton/index.htm