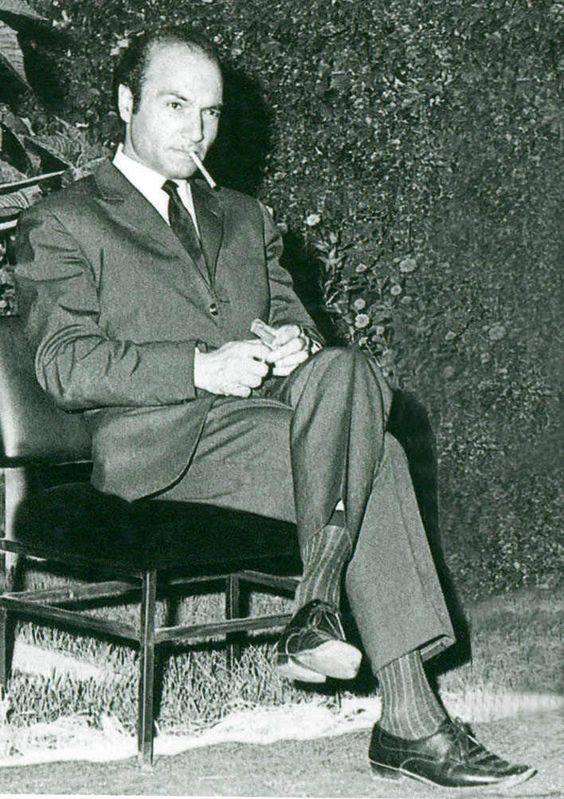 Looking at him you’d scarcely guess that this suave figure inspired a whole generation of Iranian youth to turn to radical Left politics which included the kind of insurrectionary politics associated then with the Mojahedin-e Khalq, an armed struggle group that sought to reconcile a modernist version of Islam with left-wing ideas of social justice and anti-capitalism.

That organization split in 1975 into Muslim and Marxist (Maoist) wings respectively, with bloody recriminations between them. Shariati continued to lend public support to the Muslim side of this split, while calling for an end to ‘sectarian hatreds’ between the two groups.

Shariati was not a Marxist by any stretch of the imagination, but he was a socialist from a very early age, a revolutionary, a brilliant and passionate lecturer who could speak for hours to a riveted audience, and also ‘strongly influenced by Marxism’, having studied in Paris in the early sixties and absorbed a range of influences from Sartre’s existentialism to Gurvitch’s Marxist sociology, Fanon’s writings on anti-colonialism, and the more academic work of his teacher the orientalist Louis Massignon.

Shariati was throughout his life a deeply committed Muslim but his Shi‘ism was of a radical, revolutionary type, thoroughly anti-clerical in its opposition to what he called ‘Safavid Shi‘ism’ (as opposed to his own ‘Red Shi‘ism’), the kind of Islam that disarmed the masses through its passive complicity with the ruling classes. Given that in modern Iran the clergy depended on the financial support of the richer merchants (bazaaris), Shariati’s ‘visceral contempt for the bourgeoisie’ extended to the ulama as well. His lectures and writings enraged the clerics, especially the influential group that saw in Khomeini the true face of the ‘revolutionary’ movement against Muhammad Reza Shah, and led to repeated fatwas condemning him after the revolution.

Ali Rahnema has written a great biography of Shariati, while the best account of the Mojahedin is Abrahamian’s book Radical Islam published in 1989. Currently Shariati’s Collected Works (in Persian) run to well over 35 volumes. These contain the major lectures he gave to students at the Hosseiniyeh Ershad in the early seventies, leading major clerics like Motahhari to complain (repeatedly to Khomeini) that he was ‘too much of an extremist’. He was imprisoned in September 1973, in the notorious Komiteh prison and in solitary confinement there; released 18 months later in March 1975 and then closely watched by SAVAK for the remaining 2 years that he stayed on in Iran. He left for England in May 1977, and died of a heart attack in Southampton two months later, on 19 June.

The last two years of Shariati’s life saw him deeply disillusioned and engaged in a process of rethinking that was never brought to completion. For example, with the Mojahedin disintegrating and much of its organization decimated by arrests and executions, Shariati sought to discourage armed struggle as doomed to failure when the political work of working with the masses hadn’t even begun. These last writings (circulated by the state!) are discussed by Rahnema in his biography with no false claims about unbeaten heroism.

A note of caution; one of the few collections in English of Shariati’s writings bears the misleading title Marxism and Other Western Fallacies. As Abrahamian notes in several of his books on Iran, Shariati himself published no such collection and the title is not his but the tendentious choice of a group of California-based ‘admirers’ keen on downplaying his sympathy for Marx.