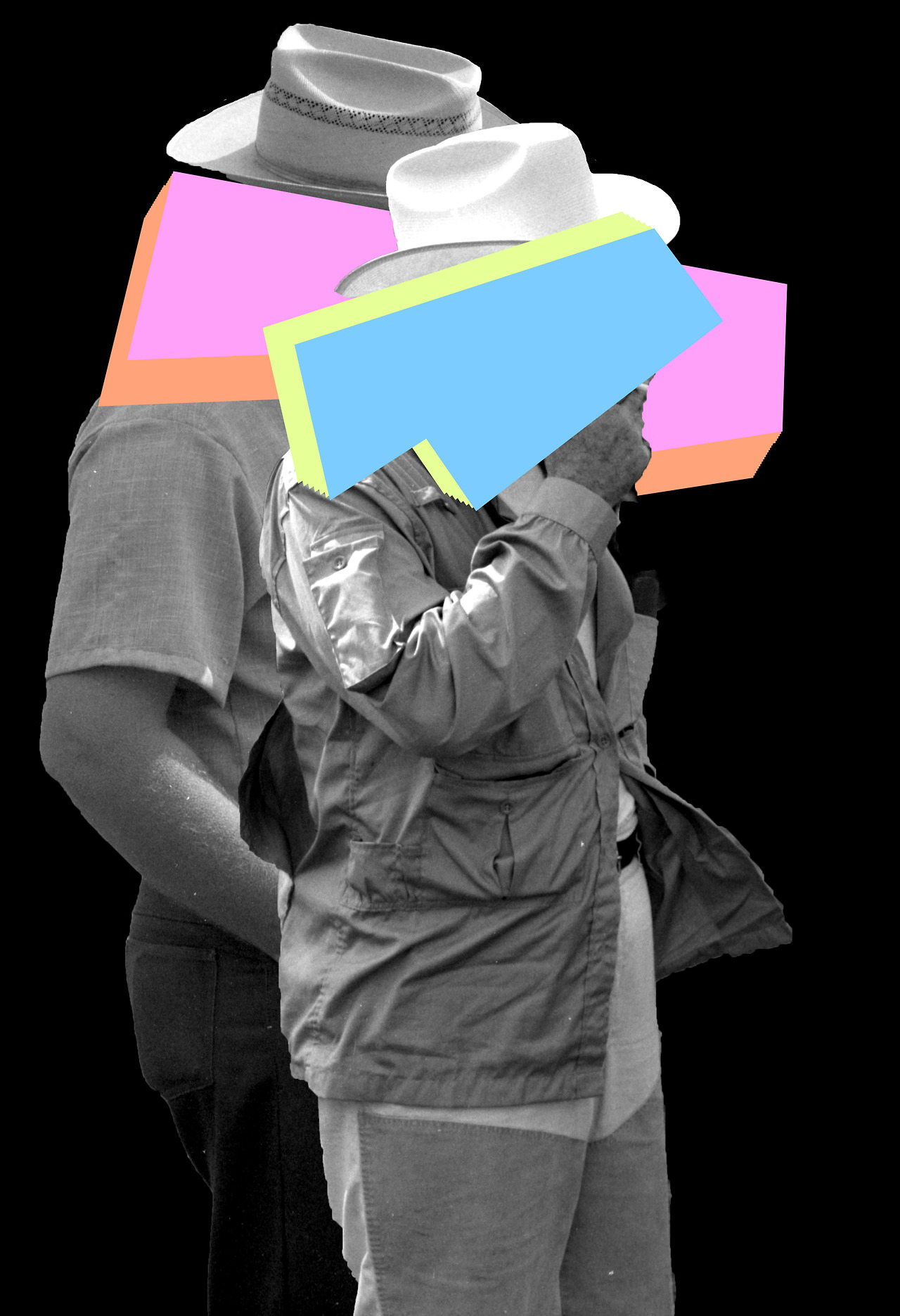 Originally published in French in Période

Verso has just republished your first book The Philosophy of Praxis. Marx, Lukács and the Frankfurt School, which is a study of the Lukácsian sources of a critical Marxism extending up to Adorno and Marcuse. Could you briefly retrace this genealogy and explain how it has been important for your background as well as how it could provide the matrix for a contemporary philosophy of technology?

In fact, my book begins with the early Marx because he created the first version of what I call the philosophy of praxis. The key problem of this version of Marxism is what Marx called the “ realisation ” of philosophy. Philosophy of praxis aims to be more than a social or political philosophy. It treats proletarian revolution as a sort of philosophical method, capable of resolving the fundamental antinomies that characterise the whole Western philosophical tradition since its origins. This means not simply the realisation of ethical ideals in social reality but the practical resolution of the fundamental ontological antinomy of subject and object.

This extraordinary ambition is clear in Marx’s 1844 Manuscripts. Marx calls for the unification of nature and history through labour in a post-revolutionary society, a radically revised version of the demand for subject-object identity in German idealism. Lukács’s concept of subject-object identity in History and Class Consciousness is constructed differently and refers primarily to the social world, but the programme he repeatedly announces is no less encompassing than Marx’s.

This programme is less obvious in Adorno and Marcuse because they no longer look forward to a proletarian revolution. But their Marxism too is supposed to have ontological significance, even if they problematise its practical realisation. Marcuse more than Adorno refers to this, but even in Adorno’s supposedly negative dialectic the disappointed hope in revolution is decisive. After all, he begins Negative Dialectic by saying, “Philosophy, which once seemed obsolete, lives on because the moment to realise it was missed.” Marcuse quite explicitly formulates the implications of a possible revolutionary future : “ The rational transformation of the world could then lead to a reality formed by the aesthetic sensibility of man. Such a world could (in a literal sense!) embody, incorporate, the human faculties and desires to such an extent that they appear as part of the objective determinism of nature. ”

What is the significance of this reinterpretation of the Marxian critique of capitalism in terms of “ rationality ” rather than “ alienation ” or “ exploitation ” ?

Alienation and exploitation are still important concepts for the philosophy of praxis, but you are right to point out also the importance of the concept of rationality for this tradition. Already in Marx, the revolution promises a rational society by which he means a society in which the universality of a cooperative ethos is reconciled with the practical problems of economic life. In Lukács and the Frankfurt School, the problem of rationality is much more concretely formulated in terms of the role of rational technical disciplines and forms of social order. Unlike the early Marx, these philosophers inhabit modern societies, that is, societies based on the bureaucratic management of a technologically organised social life. As Foucault was later to argue more or less independently, such societies perpetrate what Marx called alienation and exploitation precisely through rational organisation. The question of revolution then becomes entangled with a critique of the forms of rationality that characterise modernity : the economies, technical disciplines, bureaucracies and technologies. Although certainly influenced by romanticism, the philosophy of praxis rejects the romantic opposition of reason and emotion or “ life ” for a dialectical critique of the formalistic rationality that prevails in the existing modern societies. This is what Lukács calls ” reified ” rationality and the confrontation with its various forms continues to preoccupy the first generation of the Frankfurt School.

In your last book published in French, Pour une théorie critique de la technique, you introduce the category of “ dystopia ” as a central trope in the critique of modernity (catastrophe as anti-utopia). You seem to plead for a critique that goes “beyond dystopia” in terms of “democratic rationalization.” Could you explain the stakes in this conceptualization?

The romantic critique of reason takes the form of dystopian narratives in 20th century science fiction. Novels such as Brave New World stage the confrontation of reification and human individuality without mediation or hope of a resolution. The extrapolation from trends such as NSA surveillance supports similar dystopian fears today. Such narratives gain plausibility from our difficulty imagining a transformation of the technical environment and our doubt in the existence of a historical agent capable of realizing such a transformation in any case. This leads to a politics of despair, either total withdrawal or terrorism.

A radical alternative must project such a transformation and identify a possible agent. Today neither imposes its presence. Nevertheless, from a historical perspective, the new social movements around issues such as ecology suggest the possibility of solutions. These solutions are perhaps already beginning to be visible in the impact of the movements on technical choices, for example, the turn away from nuclear energy toward renewable sources in Germany. Perhaps the movements can grow to be more significant in the future. I call their achievements “ democratic rationalisations ” because they are technically rational solutions that satisfy democratic demands, rather than the sort of technocratic solutions parachuted from above we are accustomed to in the technical sphere.

Now, it is reasonable to interpret these phenomenon quite differently, for example, as the dying embers of an oppositional culture born in the 1960s and doomed to disappear in the face of the new phase of consumer society inaugurated by the Internet and smart phones. I do not deny that this is a plausible alternative interpretation. But I do argue that the current situation is ambiguous. Dystopian conclusions are premature. If we were making a Pascalean wager, the choice would be clear.

You trace a middle path between an apolitical “ technophilia ” and a radically “technophobic” position which is always threatened by reactionary deviations. Could you review certain experiences, for example with the Minitel, with which you support the transcendence of this pseudo-alternative you consider ineffective?

The question as I pose it concerns the possibility of public agency in the technical sphere. A technocratic ideology prevails in modern societies, according to which all technical decisions must be made by experts. Public action appears irrational, “ ideological ” from this perspective. But we know very well that the experts make mistakes like everyone else. Two kinds of limitations on their wisdom have appeared in recent years. On the one hand, the experts tend to overlook hazards such as pollution and need to be reminded of them by the protests of the victims of their wonderful inventions. On the other hand, the experts tend to overlook potentialities of those inventions that correspond to public demands they have not anticipated. The best example of this latter phenomenon is communication on computer networks.

The first experience with this public contribution to the evolution of a technical system took place in France with the Minitel. It is perhaps forgotten today that the Minitel was for a decade by far the largest and most successful version of what we enjoy today with the Internet, that is, a computer network delivering information and communication to a mass audience. But like the Internet, the Minitel system was not designed for human communication. It was intended as a system of information delivery only and communicative applications were initially introduced by hackers and then taken up enthusiastically by millions of users. This is an example of a democratic rationalization with broad implications for how we understand technical development.

Many important contemporary social struggles are concerned with this question of technology. Could you review the way in which you articulate in your book the concepts of technique and experience, in order to better define a concrete and effective place in which to think the modalities of an emancipatory politics for which the question of technology is one of the main stakes?

Somewhere Plato says that the users of technical artefacts know them best. While we, in our technologically advanced society, can doubt this, users and also victims of side-effects certainly know something. The technocrats have always denied this but they are constrained today more and more to deal with what Foucault called “ les savoirs assujettis “ (“subjugated knowledges”) of those subordinated in technical systems. Science is often cited as the ultimate source of our technical knowledge, but we also learn now from the direct experience of ordinary people. They are even solicited by computer companies to test new products in order to gauge their reactions. And, of course, medical side-effects of pollution and other problems with technology generally come to the attention of the society through the problems and protests of ordinary people.

The official technical knowledge is formulated in rational technical disciplines that are specialised and influenced by technical traditions. The specialisations appear increasingly narrow and outdated in the face of environmental crisis, and the traditions are heavily influenced by an earlier stage of capitalist development in which, for example, the elimination of skill from production was an imperative of progress. These are sufficient reasons to doubt the all-encompassing wisdom of the experts. Their knowledge must be supplemented by the lessons of experience, formulated in everyday language by ordinary people who live inside the technical systems the experts create. Authentic progress requires a fruitful interaction between technical rationality and experience.

Whether that interaction will lead to socialist revolution, as the philosophy of praxis demands, is not the right question in our present circumstances. Contemporary social movements around technical issues are in fact de-reifying and so significantly related to the politics of rationality of the philosophy of praxis, but they do not aim at the overthrow of the capitalist system. The aspiration for socialism must not displace the actual movements for improvements in the technical systems that will be inherited by any revolutionary society should one be created. The failure to tolerate and learn from such movements in the Soviet Union and China has had horrendous consequences. The precise articulation of movements for technical and radical social change remains to be worked out in a future we must hope will be one of productive turmoil rather than useless violence or the peace of the grave.