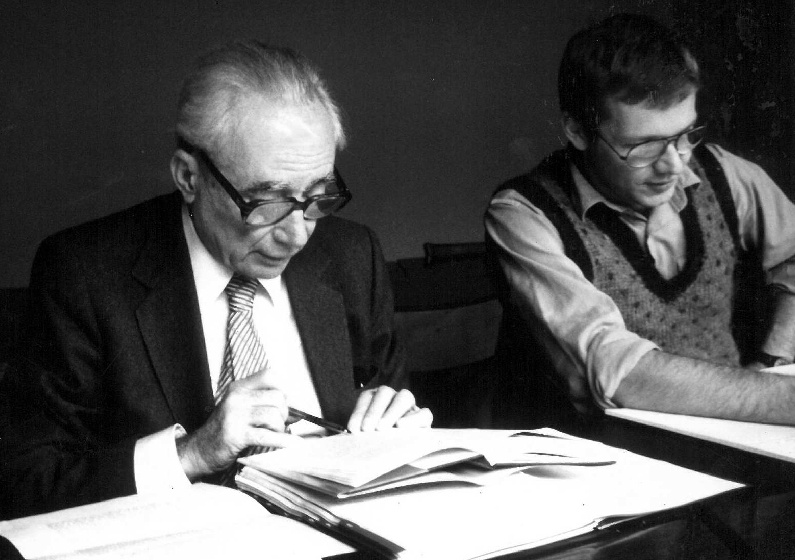 Among the greatest works of Marxist theory in the 20th century we should count Hilferding’s Finance Capital (1910), Rubin’s Essays on Marx’s Theory of Value (1928), Grossman’s The Law of Accumulation and Breakdown of the Capitalist System (1929), Emmanuel’s Unequal Exchange (1969) and Sartre’s Critique of Dialectical Reason (1960). The common property these works share is the creative element within them—their drive either to develop theory (Hilferding, Sartre), or to elucidate it in some profound way (Rubin, Grossman), or finally to apply it in a novel way to problems that had not been foregrounded or discussed sufficiently (Emmanuel). Sartre died in 1980, Emmanuel in 2001. Emmanuel was, in fact, the last great left-wing theoretician of the 20th century, even if this is a judgement few Marxists would agree with. Apart from the lively, perfectly lucid, almost seductive nature of his prose and the rigour with which he always insisted on arguing, Emmanuel’s most appealing characteristic (to me anyway) is the sheer iconoclasm with which he approached various left-wing orthodoxies. A good example of this is the way he treated Lenin’s Imperialism; about this hallowed text he wrote, ‘Unfortunately a certain piety towards Lenin’s writings still prevents Marxists from disengaging themselves intellectually from the influence of a marginal work which never had any scientific pretensions, and which was written rapidly, in the difficult conditions of exile, with no other documentation to hand but the Bern library’. Emmanuel went on to characterise this kind of intellectually lazy reverence for certain texts as ‘a quasi-religious attitude’. ‘Words are refuted by other words; and no current doctrine of imperialism is accepted by more than a small group’ (New Left Review I/73, May-June 1972, p.36).

It’s possible that the best source for a biographical reconstruction would be a 42-page unpublished typescript with marginal notes that Emmanuel seems to have left behind. (However, eleven pages of that are a bibliography of his writings, which reduces the space devoted to biographical detail.) Meanwhile, here’s a short summary of his life. The substance of Emmanuel’s ideas about international exchange were almost certainly formed when he worked for his family’s commercial firm in the Belgian Congo in the late 1930s and again in the late 1940s. Textile imports into Africa were a major branch of the merchandise trade that was controlled either by the big (mainly French) commercial firms or by ethnic minorities such as the Greeks settled in the Congo or the Lebanese Jews in West Africa. Emmanuel was born in Patras, finished his schooling in Athens, after which he studied economics at the Faculty of Law there. John Brolin tells us that ‘He went on to work in commerce in Athens until 1937’ till he left for the Belgian Congo to work again in commerce, ‘in what may have been the family textile trade’. These were years when the communists in Greece had become a special object of persecution under the dictatorship of General Metaxas (1936-1941). On the other hand, there is no evidence that Emmanuel ever joined any party, probably not even when he ‘volunteered for the Greek Liberation Forces in the Middle East’ and was involved in the April 1944 left-wing uprisings against the Greek government-in-exile in Cairo. The uprisings, backed by the crews of the Greek merchant vessels in Alexandria and triggered by the Marxist-dominated Greek Liberation League (EAS), were not supported by the EAM (National Liberation Front) or by Stalin, and when they were put down by British troops Emmanuel found himself ‘sentenced to death by a Greek court martial in Alexandria’. Luckily, by the end of 1945 he was granted amnesty, after which he went back to the Congo. The Greek Civil War saw an expansion in the numbers of Greek expatriates in the Congo.

According to Brolin, Emmanuel lived in Stanleyville, which is where Patrice Lumumba built his base in the late fifties. It has been suggested that he even worked with the independence movement led by Lumumba. However, by the time the latter founded the Mouvement National Congolais in October 1958, Emmanuel had left the Congo to settle in France. It was here, in 1962, that he wrote the first draft of Unequal Exchange, impressed by the fact that, while in the Congo, it had become perfectly obvious to him that African wages were never going to achieve white levels. This was the crucial backbone that sustained the argument about why the terms of trade between rich countries and poor countries behaved as they did or what it was that underpinned the inequality of international exchanges. In 1961, at the age of fifty, Emmanuel entered the École Pratique des Hautes Études to study under Charles Bettelheim who was just two years older than him, and eventually received a doctorate in sociology from the Sorbonne in 1968. From 1969 to 1980, he either taught there or headed various economics departments in the university till his retirement. He died at the age of 90 in December 2001.

‘If 3 days of living labour of one country (say, India) are exchanged against 1 of another (say, the UK), Marx wrote, ‘in this case, the richer country exploits the poorer one’ (CW 32, p. 294). Thus, Marx himself didn’t seem to think it was pure nonsense to talk about one country ‘exploiting’ another, but it did so, according to him, because products embodying the same amount of (simple, homogeneous) labour did not exchange at par. If there was already a conception of unequal exchange in Marx and later in Bauer and Grossman, this stemmed essentially from differences in the organic composition of capital (and thus in levels of development) either between different branches of production or between whole countries. This form of unequal exchange was a standard feature of Marx’s theory of prices and Emmanuel described it as unequal exchange ‘in the broad sense’. He described it as ‘an independent mechanism for transferring value from the poor countries to the rich ones’ (UE, p. 131) but also called it a merely ‘apparent’ form of unequal exchange, since it arose from ‘the transformation of values into prices of production, when wage rates are the same but the organic compositions of capital are different’ (p. 160) and was not a phenomenon peculiar to foreign trade. By contrast, for him, the true sense of unequal exchange lay not in this feature of capitalism (the fact that individual capitals appropriate shares of the total surplus value in proportion to the amount of capital invested and not of the amount of labour-time extracted) but in the entrenched disparity of wages that defined the real differences between different groups of countries (unequal rates of surplus-value). ‘The inequality of wages as such, all other things being equal, is alone the cause of the inequality of exchange’ (UE, p. 61). Increases in the organic composition of capital reflected an underlying rationality (technological advances), unequal exchange in the strict sense didn’t, corresponding to no sort of rationality or progress (p. 164). The simplest overall formulation of Emmanuel’s argument comes at p. 130, when he writes, ‘Once a country has got ahead … this country starts to make other countries pay for its high wages through unequal exchange. From that point onward, the impoverishment of one country becomes an increasing function of the enrichment of another, and vice versa. The superprofit from unequal exchange ensures a faster rate of growth’.

The political implications were scandalous. Emmanuel was arguing that the worsening terms of trade that poor countries had experienced for the greater part of a century (their structural impoverishment, if you like) were intimately linked to the high wage levels enjoyed by the better-paid (and best organised) sections of the working class in the advanced capitalist countries. This was like saying that world capitalism contained a mechanism that automatically undermined the material basis for any international solidarity of workers, which in any case may well be why proletarian internationalism has largely remained a rhetorical reality. Given his strong commitment to the economic development/ emancipation of what then was universally called the ‘Third World’, Emmanuel’s work is the closest Marxist counterpart I can think of to Fanon’s Wretched of the Earth or to the films of Glauber Rocha and Fernando Solanas.