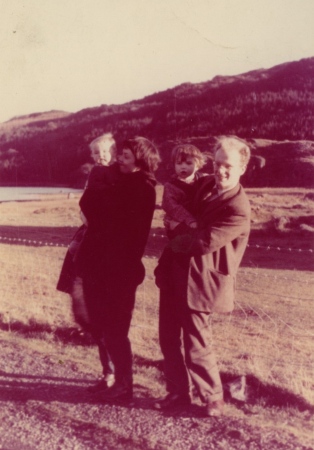 He was 49 when he was found dead near his home at Shipley in Yorkshire in 1983, in what a friend Dave Widgery later described as ‘a still unexplained drowning incident’. Widgery (who was even younger, just 45, when he died in 1992) wrote, ‘The politics of Serge and Sedgwick were of Bolshevism at its most libertarian, and Marxism at its most warmhearted and witty …When Peter died he was working on the Serge-Trotsky correspondence. He dressed like a Basque beatnik, wrote footnotes to his own footnotes, typed (like Serge) in single, uncorrected spacing on flimsy paper…Sedgwick was one of the few New Left who stayed moving leftwards in the Sixties, serving as an active and valued member of the International Socialists until his resignation in 1977’.

The brilliant historian of fascism Tim Mason (who committed suicide in Rome in 1990, after battling years of severe depression) had written in his own obituary of Sedgwick ‘at a time when the air of the New Left was heavy, thundery, laden with abstract nouns which were locked in desperately earnest conflict with each other, he went on writing with his characteristic calm reasonableness, factual precision, and, most exceptional of all, with light wit and humour. He combined firmness of intellectual and political purpose with a gentle manner and a dedication to lucidity and rational persuasion in his writing’.

Sedgwick’s prose was powerful and scintillating. Mason and Sedgwick were both British Marxists ‘who could really move between cultures’. Mason retired from an Oxford fellowship at the age of 40 to follow his new (Italian) partner to Rome. He saw Thatcherism as the precursor of a coming British fascism. One of his central theses about German fascism was what he called ‘The Primacy of Politics’. It was first mooted in the German left-wing journal Das Argument as early as 1966. In his review of the book in which that seminal essay was reprinted for wider circulation Sedgwick summed up its essential argument.  ‘His case is that National Socialist Germany exhibits a peculiar ‘primacy of politics’ in which ideological goals determine the performance of the economic sphere so radically that the whole system cuts loose from any rationality of self-reproduction’. ‘It is useful to look at Nazi Germany as a capitalist economy in which the capitalists as such are demoted and subordinated. The principal unit of ‘capital’ is not the firm or the cartel but the nation.’ In other words, the accumulation of capital is suddenly subordinated to a moment external to its rationality.

[T]here is so much in Hitler’s behaviour … that defies any but a narrowly ideological analysis. Courses of action were chosen not because they made any kind of economic (or even military) sense but because the belief-system of the leadership demanded these measures… And, of course, the extermination of the Jews (gassing scarce, Polish metal workers just when they were needed most, commandeering a transport system already unable to meet military demands…) defies reason no less than conscience. The ‘primacy’ of Nazi politics is exerted not only against economics but against politics (i.e., policy-making) itself. Hitler’s orders to destroy Germany before the advance of the Allies in 1945 follow perfectly from the intellectual position of the ‘master race’, for if this race is itself mastered the only possible conclusion is that it was unworthy of the ideal, and deserves obliteration before the conqueror. But it makes no other kind of sense, political or industrial, capitalist or nationalist.

In a remarkable twist, Sedgwick then extends the ‘primacy of politics’ to imperialism as a whole.

All the same, one wonders how far he [Mason] is assuming that the ‘primacy of politics’ is abnormal in cases of national expansionism. It is as though we were asked to believe that imperialism normally has economic motives, influencing political decisions directly through business pressure groups, but that Nazi Germany is an exception. The lingering influence of the Hobson-Hilferding-Lenin theory of ‘imperialism-as-capitalism’ may perhaps be detected here. But it has now been satisfactorily established that, e.g. the colonial annexations of the European powers in Africa over 1870-1914 had little or nothing to do with the economic impetus of ‘the export of capital’… Similarly, Noam Chomsky has recently argued that the determination (until recently) of the United States to hang on to Vietnam can be associated with a political imperative (to leave elbow-room for Japan in Asia as a junior partner) rather than any economic importance of the region for Wall Street. What is striking about the Hitler regime is not ‘the primacy of politics’ per se but the specific fragmentation and retreat of private capital as an organised force in the society.

And finally, we have a turn to psychology as the last remaining source of gruesome rationality. (At the time he reviewed Mason’s essay Sedgwick, a psychologist by training, is said by Steven Lukes to have held jobs as ‘a tutor at a psychiatric prison and research psychologist at an Oxford hospital studying brain-damaged patients’.) So he writes towards the end,

The utility of even a revised Marxist analysis breaks down, however, in the face of the gas-chambers. The most dedicated and developed social theory that human civilisation has attained has nothing to contribute towards our understanding of Nazism’s politics of race murder. The very use of expressions like ‘barbarism’ and ‘medieval’ by Marxists at this point testifies to the replacement of analysis by horror. It is little wonder that so many on the Left have resorted to psychological explanation as the first available alternative to the Marxist vacuum.

This was a view that Mason himself would have agreed with.

(It’s hard to find photos of Peter on the net; this one shows him with his wife Edie and their kids in Wales in the early sixties.)

The MIA has a fairly comprehensive list of his articles:  https://www.marxists.org/archive/sedgwick/index.htm

The fascism review can be read here:   https://www.marxists.org/archive/sedgwick/1970/02/fascism.htm

And here is Dave Renton’s fascinating blog about him:  https://livesrunning.wordpress.com/2013/06/14/peter-sedgwick-the-dissidents-dissident/