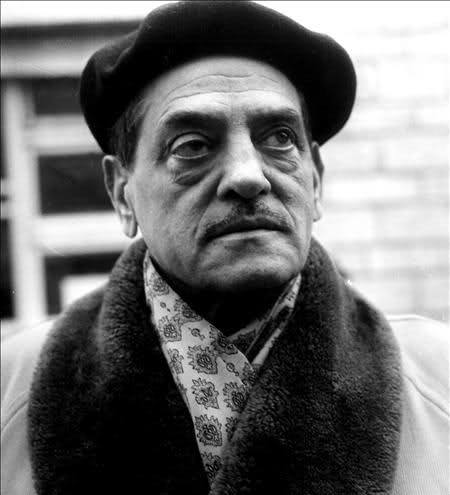 “A writer or painter cannot change the world. But they can keep an essential margin of non-conformity alive. Thanks to them, the powerful can never affirm that everyone agrees with their acts. That small difference is very important. When power feels itself totally justified and approved, it immediately destroys whatever freedoms we have left, and that is fascism. My ideas have not changed since I was 20. Basically, I agree with Engels. An artist describes real social relationships with the purpose of destroying the conventional ideas about those relationships, undermining bourgeois optimism, and forcing the public to doubt the tenets of the established order.”

Given the way more and more film personalities in India have been coming out in solidarity with indomitable masses of students and many others who have spearheaded the campaigns against the CAA/NRC, Buñuel’s words above are worth pondering. They were part of the interview he gave the Mexican writer Carlos Fuentes in 1973; for the interview and Fuentes’ brilliant portrait of the Spanish film maker, see https://www.nytimes.com/.../the-discreet-charm-of-luis...

“An essential margin of non-conformity”! Though Buñuel’s iconoclastic surrealism and Visconti’s Neorealism are poles apart in aesthetic terms (as forms of the wider cinematic construction of reality), both film makers were practitioners of what one should really call a subversive realism – Visconti’s inspired by Gramsci, the group around the journal Cinema, and the gathering opposition to Mussolini’s regime in Italy; Buñuel’s by the avant-garde movement called Ultraísmo, by the French Surrealists and by his deep hatred of religion.

Buñuel loathed conformism and the values that made up middle-class morality (religion, nationalism and family-patriarchy). But his aversion to conformity extended to the rituals of the party-building Left. In his memoirs (dictated to his screenwriter Jean-Claude Carrière) there is this amusing passage:

“Although I was a Communist sympathizer and belonged to the Association of Writers and Artists for the Revolution, I never joined the party, mostly because I didn’t like long meetings. Impatient by nature, I couldn’t stand all the rules of order, the interminable debates, and the “cell” mentality. Breton felt the same way; like all surrealists, he also flirted with the party because it represented a real possibility for revolution, but he gave up when he was asked, at his very first meeting, to compile a fully documented report on the coal-mining industry in Italy. “A report on something I can understand, fine,” he said sadly. “But … coal?” (Buñuel, My Last Breath, p.138)