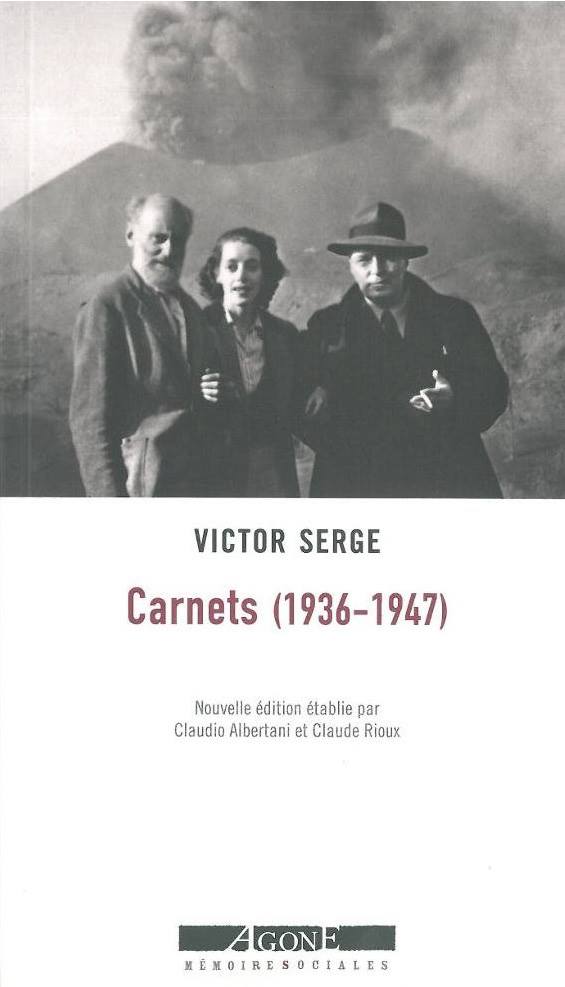 Two excerpts from Victor Serge’s fascinating Notebooks (1936–1947), including a scathing but remarkably prescient forecast of the moribund future of the Fourth International. The Notebooks are contained in a bundle of exercise books that were discovered in 2010, in a small town sixty kilometres south of Mexico City. They were published in full (836 pages) two years later by the Marseilles publisher Agone. Serge, who left Europe at the end of March 1941, in the same (last!) ship as luminaries like Lévi-Strauss and André Breton, arrived in Yucatán just over five months later, not long after Trotsky had been assassinated.

24 April 1943…. On a rainy evening in November 1936 I was at the garden-city of Les Lilas, at Rosmer’s place. That night Gérard Rosenthal and other comrades came over, looking for various bundles of papers which were part of the archives Trotsky had left behind in France. They took the stuff (as carefully as they could) to the Institute of Social History which was at Boris Nicolaevsky’s home at 7 Rue Michelet, behind the Luxembourg gardens. A few days later I saw the service door of the Institute, it had been cut clean through with an electric blowtorch. The previous night someone had walked off with around 80 kg of papers belonging to Trotsky. Nothing else had been touched, they had gone straight for the cartons that contained those papers. B.N. had only one secretary, a very reliable person, a Menshevik-turned-Trotskyist whose name was Lilia Ginsberg, I think… As you’d expect, the police enquiry came up with nothing. It’s very likely that they got to know that the archive was being moved by intercepting Léon Sedov’s correspondence with his father [Trotsky]. The most important papers hadn’t been taken because the GPU [Stalin’s secret police] was in such a hurry that night. A few days later it picked up the whole lot.” (Carnets, pp. 312–13)

End of 1942… Founded in an epoch when socialist internationalism was disintegrating everywhere in the world, surrounded by an intense confusion of ideas and of defeated movements, deploying a ‘Bolshevik-Leninist’ language from Russia’s past in countries where this theoretical language is bound to be unintelligible, and interminably invoking a tradition rendered false by Russia’s powerful totalitarism (totalitarisme russe), the Fourth International only succeeded in forming minuscule groups here and there, none of which played any appreciable role anywhere. It had only one head, that of Trotsky, who gave it all of its ideological baggage. Analyses and slogans formulated on the occasion of the First War were extended mechanically to the Second World War. Its methods of organisation, modes of polemic, and the very language used by its militants proved to be tainted by the flaws of a decadent Bolshevism, that is, of an authoritarian spirit (d’esprit totalitaire).

In the USSR itself, where the term ‘Trotskyism’ is applied to all the oppositions by the Russian government in order to justify annihilating them, the Fourth International seems to have no resonance at all. The Left Opposition, to which Trotsky belongs, was completely exterminated by the regime’s revolvers.

One can only view the Fourth International as a sect whose chances of development are seriously limited.”