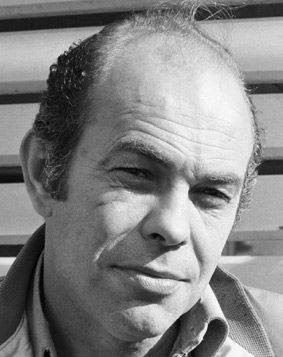 Jacek Kuroń (left; 1934–2004) and Karol Modzelewski whose arrest, trial and imprisonment in Poland in 1965 contributed to the radicalisation of a whole generation of Polish students in the sixties and to the student strikes of 1968.

Kuroń and Modzelewski were tried and sentenced to 3½ years in prison for their “Open Letter to the Party”, a document that attacked the class nature of the bureaucracy in Poland (by implication, throughout the Soviet bloc), which they saw as bolstered by the ‘monopolistic’ and ‘monolithic’ character of the party. Kuroń and Modzelewski characterised the party elite as a power elite which controlled the ‘extent of accumulation and consumption’ by its direct exercise of state power. They argued that, scientifically, what mattered was not the ‘internal organization of the bureaucracy but its role in society and in the social process of production’. Most crucially, ‘the Party, which at the top of its hierarchy is simply the organized bureaucracy, becomes at the “bottom” a tool for disrupting attempts at resistance by the working class’.

Not only was this an open challenge to the state in Poland, but the way the Open Letter stated its case contained theoretical significance that remains largely unexploited. Take this stunning passage: “It is said that the bureaucracy cannot be a class, since the individual earnings of its members do not come anywhere near the individual earnings of capitalists…This is quite wrong…The property of the bureaucracy is not of an individual nature, but constitutes the collective property of an elite which identifies itself with the state. This fact defines the principle of the bureaucracy’s internal organization, but its class character does not depend on its internal organization or its mores, only on its relationship—as a group—to the means of production and to other social classes (above all, the working class)”. Finally, on the forces driving accumulation in state-controlled capitalisms of the Stalinist type, they wrote: “The material power of the bureaucracy, the scope of its authority over production, its international position (very important for a class organized as a group identifying itself with the state) all this depends on the size of the national capital”, an explanation that should form the starting-point for any Marxist understanding of the way the Russian and Chinese economies have evolved in the past 20 years.

Modzelewski is still alive, a well-known historian (medievalist), Kuroń died in 2004. In the years leading up to the final confrontation with the old (Stalinist) regime, Kuron had gone on to form the Workers’ Defence Committee (KOR), encouraging workers to set up their own councils. When Solidarity first emerged, ‘Polish workers wanted democratic self-determination in the workplace’. Yet what happened in the eighties was nothing short of tragic. With Jaruzelski declaring martial law (1981–1983) the workers’ movement was driven underground and soon disintegrated, and the balance tilted sharply towards the pro-capitalist Right within the Solidarity leadership. Since then Poland has seen a major drift towards Catholic fundamentalism, an aggressive Western-backed capitalism, and resurgent anti-semitism. By 2005 it was possible for one writer to say, ‘In Poland today Solidarity means almost nothing. In the eyes of ordinary citizens it is seen as compromised, corrupt and treacherous’. See Wielgosz http://www.naomiklein.org/files/resources/pdfs/Wielgosz.pdf

The yellow thermos bottle in which Kuron carried the ‘extremely strong tea’ he always drank went with him to the grave.
Here’s a pdf of the Open Letter, http://www.unz.org/Pub/NewPolitics-1966q2-00005