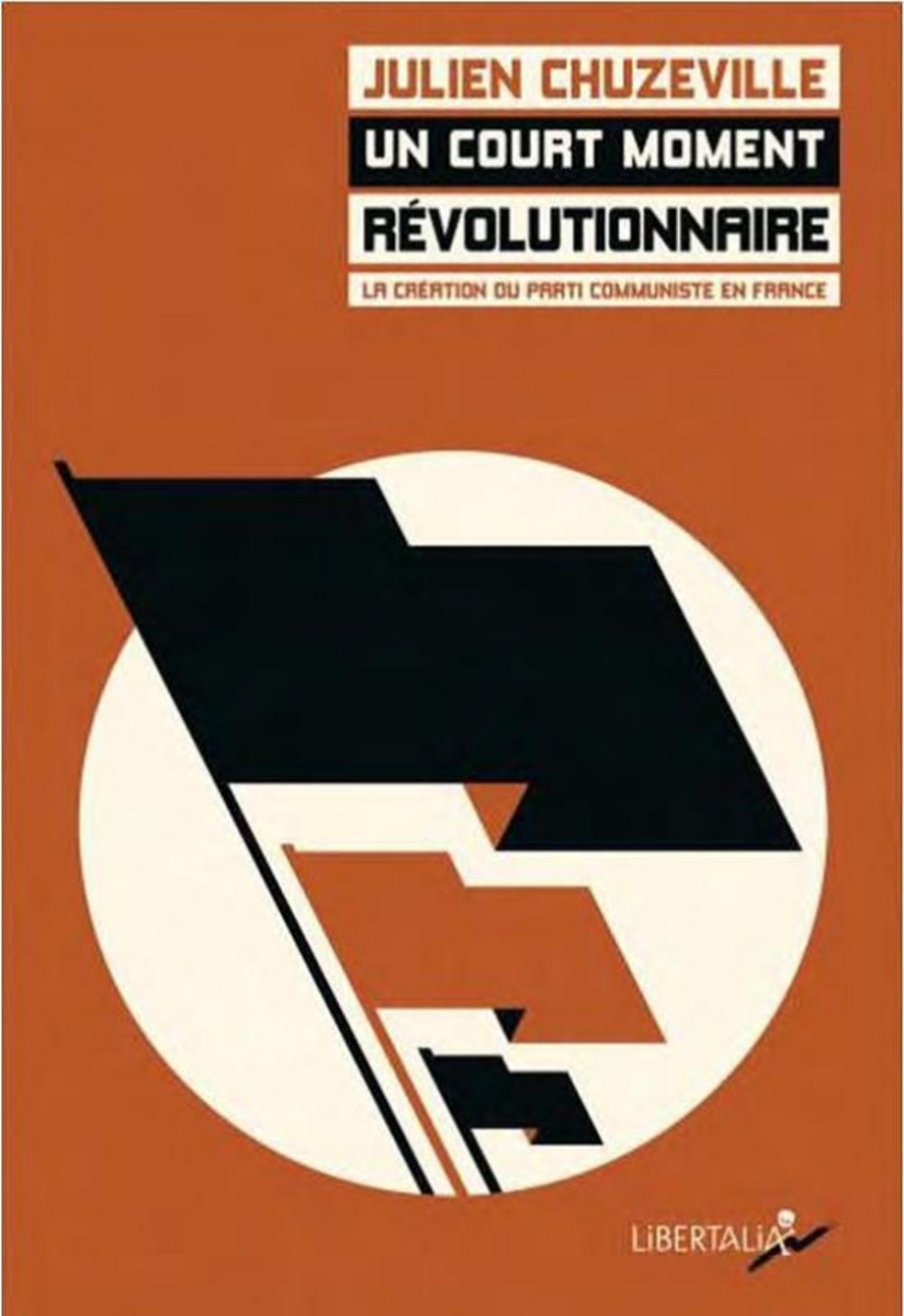 Chuzeville’s valuable book gives a new perspective on the history of the origins of the French Communist Party, a history previously often distorted by Stalinist and Cold War prejudices. The Party originated in a split in the mass Social-Democratic party (SFIO), but a key role was played by activists from outside the SFIO, especially revolutionary syndicalists. But the early promise of the Party was crushed by the ‘Bolshevisation’ imposed by the Communist International under Zinoviev, and many of the best militants soon departed.

2019 saw the centenary of the founding of the Communist International. Its ambition – to create mass revolutionary parties capable of carrying through a global transformation of society – remains unfulfilled but continues to haunt a revolutionary left still grappling with the problem of the form of organisation it needs.

As late as 1989 the founding editor of Revolutionary History insisted:

The verdict of history is universal, and conclusive. Except in countries where there was no working class party of any sort already in existence, there has never been a revolutionary party created by recruitment in ones and two to a sect. All the mass parties of the Third International – not excepting the Russian – issued from splits inside previously existing working class parties.1

Al Richardson was a scrupulously honest historian, and he would undoubtedly have found it necessary to rethink his conclusions in the light of historical research. For many years, the history of the Comintern and its various sections was overshadowed by the fact that its historians had their own problems. Those who claimed that the French Communist Party was the legitimate heir of the party created at Christmas 1920 had to wrestle with the fact that so many of those who had played a major part in its founding had disappeared – expelled or resigned – by the mid-1920s. Critical accounts were generally so blighted by Cold War prejudices that they failed to comprehend what the party’s founders were trying to do. And even critics from the standpoint of the Left Opposition were often preoccupied with defending the orthodoxy of their own tradition and failed to register the different directions which the party’s dissidents took.

So Julien Chuzeville’s new study of the origins and first years of the French Communist Party is to be welcomed. At first sight the SFIC (French Section of the Communist International) looks like a textbook example of a mass revolutionary party formed from a split inside a ‘previously existing working class party’. During the Christmas of 1920 at Tours, the congress of the French Socialist Party (SFIO, French Section of the Workers’ International), the party of Jaurès, Guesde and the Lafargues, decided by majority vote to affiliate to the Comintern; the minority seceded. Yet, as Chuzeville’s account shows, things were not quite so simple.

The book is scrupulously documented, using French Communist Party and Comintern archives and police records, as well as the private correspondence of some of the main protagonists. Chuzeville, who belongs to the generation who came to maturity after the fall of the Berlin Wall, does not seem to have any ideological baggage. He is generally sympathetic to the aspirations of the revolutionaries who built the party, though he is sceptical towards Leninism in its various guises. His claim that the Comintern never functioned democratically and was always dominated by the Russian party undoubtedly has some truth to it, but a careful study of the minutes and other documents of the first four Congresses might have led to a more qualified judgement.

Chuzeville’s careful and detailed account allows us to trace the conditions in which the emergence of a mass revolutionary party was possible. Firstly, the split in the SFIO did not fall from the skies, nor was it the work of ‘entrists’; it was the product of a unique historical conjuncture resulting from the horrific events of the First World War. Chuzeville traces the divisions in the party back to 1914 and shows that for some time a split had been considered ‘inevitable’. The vote at Tours was no more than a final ceremonial recognition; delegates had been mandated well in advance.

The delegates had ‘seized the time’, but only just. The upturn in struggle which had made the party possible was already coming to an end, as Chuzeville demonstrates with strike statistics which show a sharp decline in struggle after 1920. Unfortunately, the party failed to recognise the facts and continued to act as though a potentially revolutionary situation still existed. Chuzeville believes there were elements of Blanquism in the party’s Leninism – though they were partly legitimised by the state repression of the period.

But, secondly, the split and its successful outcome were the products of hard work by a number of key activists, and in particular the Committee of the Third International, which was the International’s French section before the founding of the SFIC. Chuzeville draws attention to individuals who played a central role – Alfred Rosmer, Pierre Monatte, Boris Souvarine and Fernand Loriot (of whom Chuzeville has written a biography). All these figures – and a number of others with whom they were associated – had disappeared from the Communist Party by the mid-twenties, and so tend to be neglected by those, Stalinists or Cold War ideologists, who want to see a continuity between the Party’s origins and its later Stalinist reality. (Monatte did not join the Communist Party till 1923 when ‘the politicians were leaving’.) Chuzeville is not the first historian to point to the importance of the role of the revolutionary syndicalists in the formation of the French Communist Party – the American Robert Wohl, Philippe Robrieux and François Ferrette2 had all done so previously. But it is clear from his account of the role of Monatte, Rosmer (absent in Moscow for the earlier part of the story) and others that the revolutionary syndicalists played an essential role in the founding of the French Communist Party, so that an account of its birth as simply a split in the mass socialist party is seriously misleading. Some syndicalists had been members of the SFIO for tactical reasons, but others had never joined the party, and became SFIC members only after the split.

Chuzeville believes that many of the French activists had illusions or did not clearly understand what was happening in Russia. Perhaps, though it may also be the case that he underestimates the force of the enormous wave of hope aroused by the Russian Revolution in a war-weary population. He notes that some of the French activists, for example Loriot and Rosmer, had known Lenin; in particular he quotes Rosmer’s memoirs of the period – Lenin’s Moscow – but does not follow up the very clear distinction that Rosmer makes between the methods of Lenin and of Zinoviev.

The ‘short revolutionary moment’ of Chuzeville’s title lasted only four years, but it was a rich period, and as well as the interminable internal disputes which he traces in some detail, we get a picture of the party’s activity. The revolutionary wave was already ebbing, and the united front was essential to maintaining and building a party that could take advantage of any future upturn. But there was considerable confusion and dishonesty among sections of the leadership, and Chuzeville considers that only in 1923 was the united-front tactic properly used.

Nonetheless there was much positive in the period. A number of remarkable women leaders like Marthe Bigot emerged in the early period, and there was imaginative activity around women’s suffrage. Women did not have the vote – but it was possible for women to get their names on the ballot paper and to have their voters counted. The anti-militarist traditions of the period before 1914 were revived when French troops invaded the Ruhr in 1923 and there was a courageous intervention which even drew in some of the more right-wing elements in the party. Rosmer could have become secretary of the party – but he declined the job because he thought his work developing the influence of L’Humanité, the party’s daily paper, was more important.

All too soon ‘Bolshevisation’ triumphed, with the leadership of Treint combining the bureaucratic suppression of opposition with adventurist stupidity. Treint was calling the Socialist Party ‘social fascists’ as early as 1924. At one public meeting, armed stewards shot two anarchists dead; it was good fortune that the state authorities did not use the opportunity to seriously damage the party. Russian finance, which had played a relatively small role in the party’s first years, now had a growing influence as membership declined. Money was spent on buying premises where full-time organisers could be installed rather than on propaganda and agitation. A shift to organisation around workplace-based cells was in itself a positive move, but was carried through too hastily and with the aim of suppressing opposition.

Chuzeville ends his story in 1924. Yet if Rosmer and Monatte were gone, others stayed a bit longer. Amédée Dunois left in 1927, Maurice Dommanget, historian and trade-union activist, stayed till 1929. Activity against the Rif War had both positive and negative features. If Zinoviev and his clique had laid the foundations, it would be 1930 before the party became fully Stalinist.

Many of the best activists from the early years regrouped around Monatte’s new journal, La Révolution prolétarienne, which Chuzeville quotes frequently.3 This provided valuable and perceptive commentary but was not a focus for action.

There is more, much more, to be said about the early years of the French Communist Party. Even if the manner of its creation belongs to a unique historical period which will not be repeated, there is a lot to be learnt from its activities and activists. For revolutionaries, organisation is a means to an end. But as Chuzeville concludes, for the PCF all too soon means became ends in themselves.

The preceding article was originally written for Revolutionary History but not published there.