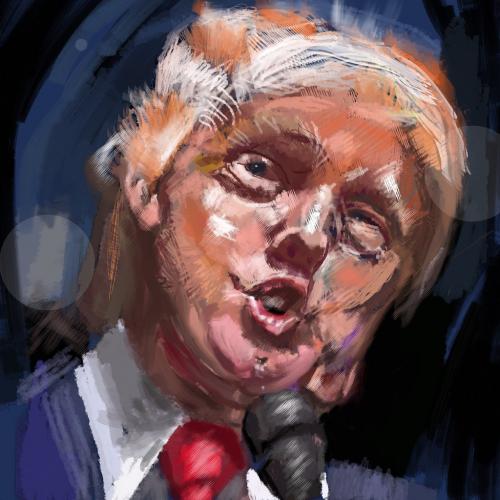 Thanks are owed to Historical Materialism for publishing Palheta’s piece, which is wide-ranging and compelling.1 I have learned from it, and I am sure other readers feel the same. His article begins from an instinct that we have to explain the crisis of the present, rather than merely repeat models developed from the past. Like him, I despair of the tendency of the left to assume that, because some writer in the distant past said that fascism must take certain forms, so it is necessary to read those forms into the present, even where they do not exist. In what follows, I will take issue with one part of Palheta’s argument in particular, his fifteenth thesis – on violence. My criticisms are narrow and formulated in a spirit of gratitude to him for his contribution.

“It is undeniable,” writes Palheta, “that extra-state violence, in the form of mass paramilitary organisations, has played an important (though probably overestimated) role in the rise of fascists.” It seems to me that, from this point onwards, there are two processes of historical revision in his work. First, Palheta reduces the utility of violence to fascism, seeing it as something which contributed only prior to the fascist take-over of power. There is no reason to make that assumption. If other writers were to follow him, we would miss what most contemporaries saw as the distinctive acts of fascism: the willingness of states to employ violence (war) against the other states around them, and to carry out racial genocide in Europe. “Other reactionary movements” have employed violence, Palheta states. This is true, but only to an extent. Since 1918, however, Italy and Germany are the only countries from what we used to call the First World to have employed war against other states, or genocide against citizens, in the global core.2

Second, Palheta raises the possibility of a fascism without armed bands, or without violence at all. “But neither the constitution of armed bands, nor even the use of political violence, is the hallmark of fascism, either as a movement or as a regime.” If it is possible to imagine a successor to Hitler or Mussolini without violence, and who will not reduce Europe or the world to genocide or war, then in what meaningful sense would that successor still be fascist? If they were going to be a fascism not in discontinuity with ordinary centre-right government3 but in continuity with it, then why have anti-fascism? For, 70 years of political campaigning has been premised on the assumption that fascism marked a change from normal politics to something worse.

The most sophisticated attempt to explain how fascism operated, as a series of political strategies employing violence in different ways as fascism evolved, belongs to the historian of French fascism Robert Paxton and his model of the five stages of fascism.4 In their initial stage, fascists won recruits through mass demonstrations, through military training and attacks on their opponents. In the second stage, when fascist parties were contending for power, they needed to challenge the state’s monopoly of violence. Yet fascism, at this stage, also typically sought to govern in an alliance with other right-wing parties, hence there was a tension between the interests of the party and of its militia. On taking power, both fascist parties partially relegated their militia structures and promised to rely on the existing structures of the state to punish any remaining left-wing opponents. As fascism became more radical in office, a much more ambitious kind of violence became available to it: the use of military power in war, to create new forms of colonial rule, and to enact genocide against fascism’s racial enemies. In this model, which applies just as well to both Italy and Germany, as well as to the fascist parties which never captured power, fascism is distinguished by violence and it is recurring, however the form in which violence is expressed in changes in fascist tactics at each stage.

There is a reason why Paxton’s model of fascism has been cited from liberals through to Marxists and by everyone in between. It makes sense of the very high levels of political violence in Italy prior to Mussolini’s seizure of power, the use of torture and murder in the consolidation of that regime (the murder of Matteotti), etc. Compared to it, Palheta’s insistence that “The most visible dimension of classical fascism, its extra-state militias, are, in fact, an element subordinate to the strategy of the fascist leaderships, who use them tactically,” is much thinner. Yes, of course, the fascist militia were used selectively: the political leaders would on occasion distance themselves from them.5 After all, there was more than one potential source of violence available to them. Ultimately, the German and Italian armies were a greater prize to Hitler or Mussolini than the fascist bands. But that it no way invalidates the general point that fascism without political violence is like Marxism without the working class.

Palheta notes that neo-fascist parties (including the Rassemblement National), have given up the aspiration to build a militia. He gives five reasons for that process. He knows the politics of the RN far better than I do and from this distance, his explanations seem compelling. He is certainly correct, for example, to refer to a long historical process of the delegitimisation of political violence, which is both a product of the fascist experience, and was a major obstacle to an earlier generation post-war fascist parties (such as the National Front in Britain) who rapidly lost popularity after they became publicly associated with street violence.6

What he does not go on to ask is whether that choice, the deliberate disavowal of the possibility of violence, or its concomitants (a willingness to accept ordinary electoral conflict as the sole legitimate terrain of political competition), have any effect on the neo-fascist party. For, once a tradition steeped in violence and the rejection of ordinary politics, gives up the possibility of taking power through a coup and insists on its “normality”, the customary path is for that politics to become more moderate and ultimately indistinguishable from the parties around it.

This was a question I posed in my book The New Authoritarians.7 In the past century, there were repeated examples of parties which had at one time challenged the state monopoly of violence, only to relinquish that challenge. Such parties have tended to become more moderate over time. Those parties have been seen on both the left (the Communists) and the right (the Italian MSI/AN). Are there reasons to expect that the Rassemblement National will follow a different trajectory in power?

This question is a difficult one. I can think of affirmative answers relating not so much to the RN specifically, but to the period we are in, and the part played within the far right by fascism, which causes such politics to recur.8 No doubt, other writers can come up with better answers, more rooted in the history of that particular formation. But the question cannot be evaded by writing about Mussolini or Hitler in a way which makes their politics unrecognisable.

Palheta’s writing is shaped not merely by the experience of the RN in opposition, but also of Emmanuel Macron in power. His category of “neo-fascism” is broad enough to take in both “fascism” (the RN as an outsider party) and “fascisation” (En Marche in office). It seems to me that there are other political theories which might make just as well explain the latter: a form of leadership which charges itself as an emergency regime necessary to prevent what would otherwise be the rise of fascism, and uses the threat of the far right to justify its own form of authoritarian rule has a very obvious counterpart in history, not in fascisation (i.e. Third Period Comintern fantasies about the authoritarianism concealed in liberalism and social democracy),9 but in the failed “preventative” dictatorships of Papen and von Schleicher in Germany.10

While we are in a period advantageous to many different styles of politics which are comfortable with forms of semi-authoritarian rule, the balance of forces varies from country to country. The example of France is relatively untypical, in at least three ways: in the political hegemony of a party of fascist origin on the right; in the irreconcilability of that party to any offer of coalition with a more moderate partner, and in the measures adopted by the political system to find an alternative to what otherwise seems inevitable government by that party.

By contrast, in Britain, a more militant right-wing politics has grown by capturing the main right-wing party, or in America, a Republican President reached the limits of what was possible without summoning an army of his supporters into the street. The deaths in the US Capitol on 6 January 2021 show that, as distant as political violence has seemed for most of the past four years, in circumstances of authoritarian advance that option can return.11

In conclusion, I agree with Palheta in his project of treating the authoritarian politics of the present as a coherent whole. I think, most importantly, that he is right to urge anti-fascists to turn their attention from the street groups to the people holding power. But, if the word “neofascism” is to have real meaning – then that is itself a warning that France may well be set on a path of mass suffering, from which she can only be saved by concerted political action. If that prediction is true, then all of us need to develop a more sophisticated explanation of how the seeming absence of violence in the present forms the mere prelude to its ubiquity in the near future.