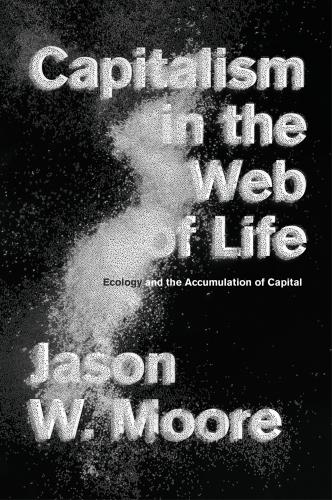 Christopher Cox has responded to my critique of his eulogical review of Jason Moore’s posthumanist brand of Marxism.1 His response is even more revealing than his review, because it candidly illuminates why Moore’s deliberations on “world-ecology” have been so widely endorsed among a category of students who have been persuaded that a revolt against the injustices of capitalism must entail jettisoning rigorous analytical thought. If my explicit frustration with this fashionable posture is “deeply unprofessional,” as Cox asserts, it is because I am troubled by the number of students who seem to think that Donna Haraway’s musings on the “Chthulucene”2 will somehow further the political critique of capitalism.3 While innovative thinking is crucial to revolutionary social change, there seems to be a widespread misconception among posthumanists that unconventional thinking is itself inherently emancipatory. This distorted logic is the core fallacy on which much posthumanist thought is founded. But, although abandoning logic and conceptual consistency as “sclerotic” may seem a worthy confrontation with the capitalist establishment, it is of no use at all in challenging its asymmetries and injustices.

It is deeply ironic that I should be criticised for being reluctant to “allow Marxism to take on new vistas” and for serving as a “hall monitor” for Marxism. I have recently published three articles in Capitalism, Nature, Socialism that precisely urged Marxists to “take on new vistas”.4 Marxist theory certainly deserves to be calibrated with new theoretical approaches – whenever they add clarity to its core concern with exploitation. The theory of ecologically unequal exchange does add such clarity, but posthumanism does not.

On reading Cox’s rebuttal, it becomes very clear that he has not understood my point about the difference between “Cartesian dualism” and binary analytical distinction.5 He says that “nature is either inclusive of everything, or exclusive of humans” and advocates “internalising capital to nature”. But, if so, how can he later say that, for Moore, “nature is always ‘analytically distinct,’ because he is constantly asking the question, how does capital make nature work for it?” What does it mean to acknowledge, as Cox asks us to do, that “capital demands the resources and ecological work of nature”? If nature is everything, does it not include capital? Did not Cox explicitly suggest that we should “internal[ise] capital to nature”? How would Cox define this “nature” that he keeps referring to? Cox’s inconsistencies are as glaring as Moore’s.

If capital is understood to denote a phenomenon that is not included in the category “nature”, as Cox implicitly (and inconsistently) concedes, to grasp its logic we must look for conceptual tools beyond natural science. Such tools have been developed by the social sciences, importantly the study of political economy. More fundamentally, to abandon the analytical distinction between natural and social aspects of socioecological processes is to blur the boundary between thermodynamics and semiotics. Is this what Cox is asking us to do? The distinguishing feature of human social phenomena is their reliance on symbolism.6 As the Marxist anthropologist Leslie White (1940) showed, the symbol is what makes us human.7 The natural sciences do not have the tools to analyse symbolic systems, because they do not need them: symbols are found nowhere else but in human societies. In this sense, nature is not “inclusive of everything”, but indeed “exclusive of humans”. To deny “society” a distinct analytical existence is to deny the unique capacity of human symbolism – as in language, culture, and economy – to infuse the remainder of nature. It is to deny the justification for social science, no less.

Cox misquotes me as having written that we ought to “‘sort’ the interconnections between ‘nature and socioecological processes’”. I said nothing of the kind. As anyone can check, I wrote that we should “sort out the ways in which societal and natural aspects of socioecological processes are entwined in capitalism” (emphasis added).8 Cox’s use of quotation marks is dishonest or careless, or both. For decades having emphasized the relevance of natural sciences such as thermodynamics for our understanding of the logic of capitalism, I am amazed by Cox’s conclusion that I seem “unable to think about nature as such”.

Another irony is that Cox believes that he has discovered my “underlying motive” (an allegiance to J.B. Foster?) when I observe that Moore’s thinking made more sense twenty years ago, when it was founded on Foster’s concept of the metabolic rift.9 He is apparently unaware of my long-standing disagreement with Foster about Sergei Podolinsky, Howard T. Odum, and the role of thermodynamics in Marxist value theory.10 When I use the word “reconcile” to describe Cox’s self-professed aspiration to bring Foster to “break through the line in the ether that divides world-ecology and ecological Marxism,” Cox inexplicably rejects my narrative as “absurd” and “patently false”. Apparently, we are now to understand that the line identified by Cox can only be crossed in one direction.

A third irony is that Cox appears to think that he needs to remind me that the “humans” responsible for the Anthropocene are a global minority. He is obviously not aware of the article that Andreas Malm and I wrote for The Anthropocene Review, currently cited more than 750 times, which makes exactly this point.11 Nor is he probably aware that the word “Capitalocene”, which Moore picked up while employed as lecturer in Human Ecology in Lund, was invented by my former student Andreas Malm at a seminar in 2009, precisely to make the same point.12 To emphasiae that the ecological transformations of the Anthropocene are primarily propelled by a global elite is not to blur the analytical boundaries between nature and society, but to acknowledge the power of societal algorithms like capitalism to pervade the planetary biosphere.

Cox asks, “Since when [are] astronomical phenomena of no influence upon the Earth?” This is in response to my observation that Moore’s term Oikeios can only exclude “astronomical phenomena at sufficient distance from the Earth to not exert any influence on it” (emphasis added). My point was that it should include as unlikely components as the sun and the moon – but not, for instance, Alpha Centauri (unless we believe in astrology). This is yet another example of Cox’s careless reading and sloppy thinking.

It is deeply disappointing to find Cox completely ignoring the most central part of my critique: Moore’s flawed framing of ecological degradation in terms of a monetary metric. The extent to which Marxist value theory risks leading to notions of global flows of “underpaid” values deserves to be unpacked and critically discussed. The assumption of a measure of value applicable to all commodities – in relation to which anything can be objectively assessed as “cheap” or “under-valued” – is an example of our conceptual confinement to the historically recent idea of what economic anthropologist Karl Polanyi called “all-purpose” money. It is ultimately an artefact of the market. A challenge for historical materialism is to understand how this semiotic innovation has shaped global socioecological relations and our understanding of them, including aspects of Marxist value theory. This is a topic that would have deserved debate.

In conclusion, I am sincerely dismayed at seeing the conceptually amorphous claims of the posthumanists being championed as significant arguments emerging from some of the humanities and social sciences. Having encountered the likes of Haraway and Moore, mainstream economists and natural scientists will be even less likely to take these humanities and social sciences seriously. I have spent three decades vainly trying to convince the guardians of business as usual that we need to integrate rigorous transdisciplinary understandings that respect both the natural and the societal aspects of socioecological processes.13 In the meantime, much of the humanities and social sciences has submitted to a cult of the preposterous posthumanist argument that there is no such thing as “nature” or “society”. This argument has made Latour and Haraway into superstars within the human sciences, even though – or more likely because – it is politically useless. It is difficult to think of a more effective way of silencing truly critical insight. This is ideology at work. And now, with Moore, its siren call is recruiting a new generation of Marxists.

Hornborg, Alf 2015, ‘Why Economics Needs to be Distinguished from Physics, and why Economists Need to Talk to Physicists: A Response to Foster and Holleman’, Journal of Peasant Studies, 42(1): 187-192.

Hornborg, Alf 2017a, ‘Dithering While the Planet Burns: Anthropologists’ Approaches to the Anthropocene’, Reviews in Anthropology, 46(2-3): 61-77.

Hornborg, Alf 2017b, ‘Artifacts Have Consequences, Not Agency: Toward a Critical Theory of Global Environmental History’, European Journal of Social Theory, 20(1): 95-110.

Hornborg, Alf 2019a, ‘The Money-Energy-Technology Complex and Ecological Marxism: Rethinking the Concept of “Use-Value” to Extend Our Understanding of Unequal Exchange, Part I’, Capitalism Nature Socialism, 30(3): 27-39.

Hornborg, Alf 2019b, ‘The Money-Energy-Technology Complex and Ecological Marxism: Rethinking the Concept of “Use-Value” to Extend Our Understanding of Unequal Exchange, Part II’, Capitalism Nature Socialism, 30(4): 71-86.

Moore, Jason W. 2015, Capitalism in the Web of Life: Ecology and the Accumulation of Capital, London: Verso.