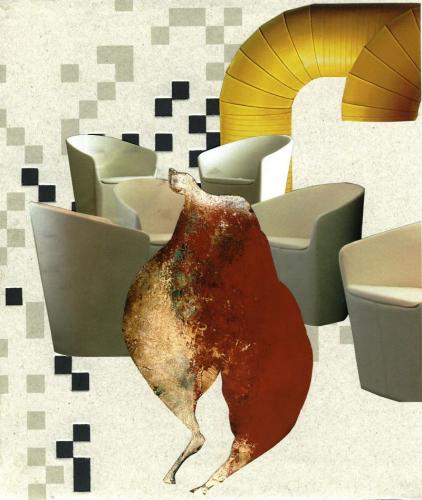 Jimmy Hendrix famously played the American National Anthem out of tune, with distortion, and added an improvised section. Donna Haraway dared to use the image of the cyborg as the canvas on which to paint a radical feminist theory of gender that is non-binary to the point of being posthuman.1 In both cases, there are those who seek to suppress the creativity and originality of thought at the root of these interventions. Squashing creative and original work has always been a tool of the elite establishment to keep itself secure in its place of power. Alf Hornborg has shown himself to be a leading member of this establishment in his willingness to smear those he sees as his opponents in his viewing of world environmental history, Jason W. Moore and presumably myself, being two of them.

Hornborg outright condemns what he sees as a “fashionable posture” among the many students who have found interest in reading Moore. I will give him the benefit of the doubt here and suggest that he is having bout of “explicit frustration,” because there is a clear absence of what is usually thought of as “rigorous analysis”.2 At the foundational level, we can all agree that opinion does not equate to analysis, no matter how strongly it is held. Nevertheless, Hornborg seems content to suggest that all the students who are reading Moore – many of whom, I might add, are finding their way to Marx through Moore – are all just useful idiots in a grand scheme of dumbing down the level of analysis in Marxist circles. To put it more bluntly, I will use Hornborg’s own words. He claims these students all over the world that are reading Moore’s work are but a “category of students who have been persuaded that a revolt against the injustices of capitalism must entail jettisoning rigorous analytical thought”.3 When I first read that sentence I was tempted to put down the essay and just let him have the last word in this rather unproductive debate we are having. Nevertheless, there is more to attend to. Hornborg’s ‘rigorous analysis’ was apparently suspended when he stated that Marx failed “to see that exploitation could also take the form of draining another society’s natural resources”.4 With a statement like that I am left wondering how he could call himself a Marxist.

Crucially, he does not even attempt to analyse my arguments, or, for that matter, Moore’s arguments, yet he assumes that I must engage all his. He seems to want to subject to critique only the phraseology that Moore uses, and then just moves back, repeatedly, to the work of this mysterious group of students of Moore’s who are ruining Marxism for him. Who are they? What exactly is their research doing and not doing? He claims it is “posthuman”, but, again, does not define this term in the context of his critique. I pointed out his willingness to shame these unnamed people as “deeply unprofessional,” which he took offence to. Point taken. Perhaps the more appropriate term would be amateurish, because what I called unprofessional was his willingness to treat Moore, a highly competitive colleague in the field, as some sort of fraud with a large and sycophantic following of students. It is, indeed, an amateur move to downplay the work of people you have clearly not even read. I maintain my questioning of how much he has read of Moore’s work. For example, the first fifty pages of Capitalism in the Web of Life reads like a critique of Latour, whom Andreas Malm (Hornborg’s past student) claims Moore is somehow mimicking.5 Let me be clear, I did, in fact, suggest that Moore and Latour harmonise around the idea of breaking down the Cartesian divide between humans and nature, but is far from stating that Moore is some sort of Latourian.

Hornborg’s rebuttal of my assertion that he is “reluctant to allow Marxism to take on new vistas” was to remind me, as though I surely must have read everything he has ever written, that he produced three articles in Capitalism, Nature, Socialism that specifically argued that Marxists should “take on new vistas”. Perhaps a keyword search of Hornborg’s many published works would have been in order there? On the other hand, if I had done that, I might claim a bit of sarcasm, since my point was clearly missed. He then says something interesting that we might both agree upon: “Marxist theory certainly deserves to be calibrated with new theoretical approaches – whenever they add clarity to its core concern with exploitation.” Except, he then states, amazingly, that his chosen approach – the ‘theory of ecologically unequal exchange’ – adds clarity, while posthumanism does not. What this has to do with Marxism is a mystery to me. As Moore wrote, long ago in response to Hornborg: “Capital accumulation has many faces but only one logic—expand or die. It exploits the environment only through the exploitation of labor power.”6 Sadly, this is a crucial area of Moore’s work that Hornborg has refused to engage with. That is, the notion that labour is performed not only by humans in society, but by nature itself (i.e. the work of the river, the tree, the soil). Moore utilised the term work/energy to analytically separate human labour from extra-human labour.7 Whereas Hornborg would likely point to this as evidence of Moore’s posthumanism, Moore would simply posit this as a reality of capitalism as environmental history, as opposed to the environmental history of capitalism.8

Writing in the last paragraph of his rejoinder that “much of the humanities and social sciences have submitted to a cult of the preposterous posthumanist argument that there is no such thing as “nature” or “society”, we begin to see what he means by “posthumanism”. Is he serious here? Maybe some citations of so-called ‘posthumanists’ who have suggested that both analytical categories do not exist would help his argument. Otherwise, I will just have to assume that he has not read the long list of historians, political ecologists, philosophers, and postcolonial theorists who have spilt truck-loads of ink explaining why the categories ‘nature’ and ‘society’ are merely social abstractions that allow for the continuance of the annihilation of all that stand in the way of capital accumulation.9 Very few writers of the Marxist persuasion have suggested that “nature” and/or “society” do not exist, while I know of many who have written that perhaps they ought not, because their mere existence perpetuates the ongoing environmental history of social and ecological annihilation.10 The early imperialist adventures of capitalism, in other words, could not possibly exist without the social constructions of “nature” and “society”. This is another way of saying that capital’s exterminist logic falters where there is not an implicit understanding that “nature” is the storehouse of land, labour, and resources that “society” is free to appropriate. It is only possible if “nature” and “society” are accepted as, at the least, analytically discrete categories. If the goal is to challenge capitalism, it would seem we ought to challenge the continued use of these categories. But that would be ideological, and ideology seems to be something that Hornborg is against?11

Hornborg claims that I did not understand his point about the difference between Cartesian dualism and binary analytical distinction, because I argued that nature is inclusive of capital, while, at the same time, capital makes nature work for it – an argument that is threaded throughout all of Moore’s work. He clearly does not understand the point I was trying to make either, which is this: binary analytical distinction is an abstraction from the whole. Cartesian binary distinction suggests material separation, as well as categorical separation. In my view – and perhaps this is just an area of distinction between Hornborg’s and my own interpretation of the dialectic – analytical distinction is always brought back to the whole when doing the analysis. Thus, capital is indeed always in nature and nature is always in capital, but that does not mean we cannot consider them as analytically distinct categories when attempting to analyse how one is affected by the other. Hornborg seems to not like the messiness that this implies. However, in the real world, messiness is everywhere. Clarity is frankly nowhere. It is glaringly obvious that Hornborg does not understand this basic premise of what I was writing. This is made clearer when he strangely asserts that implicitly claim that capital is not a phenomenon contained in nature, yet he provides not evidence for this statement.

There are many other claims made in Hornborg’s response to my initial rebuttal, but, in the interest of time, I will end by addressing only one more. As is the case with several other statements I made in the rebuttal, there was no direct interaction with my argument beyond suggesting that there is something Hornborg wrote that I should go read. He writes: “A third irony is that Cox appears to think that he needs to remind me that the “humans” responsible for the Anthropocene are a global minority. He is obviously not aware of the article that Andreas Malm and I wrote for The Anthropocene Review, currently cited over 700 times, which makes exactly this point.” Incredibly, this comes presumably as a response to the paragraph in which I point out that Hornborg had written in the past that “to transcend this paradigm will be possible only through the kind of post-Cartesian perspective on material artefacts that has been championed by Bruno Latour”.12 In that same paragraph, I point out that Hornborg’s overly-simplified reading of Moore makes him appear like many of the Anthrpocenics who do not possess the analytical rigour necessary to move beyond the behaviour of human beings in absentia of the systems under which they operate. Absurdly, he then suggests that I am unaware that Moore did not “invent” the term Capitalocene. This blatant pettiness is uncalled for and quite ironic, considering one of the better outlines of the origin of the word Capitalocene comes from Donna Haraway.13

If there is one lesson I have learned in this intellectual dance, it is that the attack of yet another senior scholar telling a new generation of scholars that their work is not ‘rigorous’ enough needs to be retired. The suppression of creativity and originality of thought in academia (and beyond) has no place in a world where existing scholarship has thus far had a net zero effect on the footprint of the capitalist system. Let the siren call be heard: the new generation of Marxists will not be deterred from exploring all possible ways forward, even if it marks them as unworthy in the eyes of the academically established elites.

Cox, Christopher 2015, “Faulty Presuppositions and False Dichotomies: The Problematic Nature of ‘the Anthropocene.’” Telos, no. 172: 59–59.

Cronin, William 1996, “The Trouble with Wilderness; or, Getting Back to the Wrong Nature.” In Uncommon Ground: Rethinking the Human Place in Nature, 69–91. New York: W.W. Norton & Company.

Moore, Jason W. 2015, Capitalism in the Web of Life: Ecology and the Accumulation of Capital. 1st edition. New York: Verso.