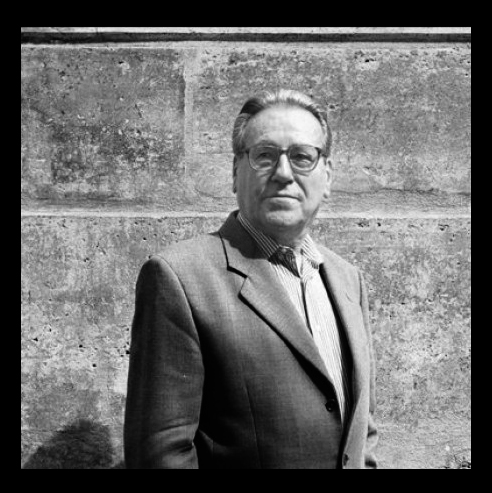 The philosopher Lucien Sève has died of coronavirus on 23 March, at the age of 93. It took the plague that is paralysing our societies to bring down a man whom no one had been able to subdue. He was a great ﬁgure of both Communism and critical thinking, yet far from sufficiently recognized.

Few men have counted so much in my life as an intellectual and militant. Like Albert Soboul, the great historian of the French Revolution, Lucien Sève was someone who intellectually legitimised my political choice of the Communist Party at the time of the great shock of 1968. He was admired by a large number of people. His rigour, his erudition in Marxism and his biting criticism fascinated several generations of students, teachers, researchers and militants.

Lucien Sève could have had an undisturbed brilliant career, but he did not. A graduate of the École Normale Supérieure, and a qualified teacher by autumn 1949, he was dismissed in May 1950 from a prestigious post at the Lycée Français in Brussels. Like all young Frenchmen he did his military service, in his case in Algeria, in the highly disciplined ‘Bataillon d’Afrique’. As a Communist and trade-unionist militant, he was subjected to a number of administratively decided transfers before landing up at the Lycée Saint-Charles in Marseille, where he remained to the end of his teaching career in 1970.

Science and struggle: the two sides of the quest for human emancipation

Marked by memories of the war, and immersed in the ideological battles of the Cold War, Lucien Sève believed that science and struggle were two inseparable facets of the great quest for human emancipation. Like his friend Louis Althusser, and so many others, he was without hesitation a Stalinist intellectual ‘in his niche’, very early on a scholarly connoisseur of Marx in the original version, as he was also of Lenin, thanks to his wife Françoise who had a perfect command of Russian.[2]

It was not easy for this generation to get rid of the stains of Stalinism. In 1956, Lucien was one of those who, despite seeing the tragedy of this era, considered above all, like Maurice Thorez and Mao Zedong, that criticism should not be confused with recanting. Like the vast majority of his PCF comrades, he therefore felt that opportunism was the main danger.

The first great public battle of his life was against the reading of Marx undertaken by Roger Garaudy, then considered the PCF’s official philosopher. Like Althusser, he saw Garaudy’s approach as an adulteration of Marxism, ultimately a source of capitulation. But, in contrast to Althusser, he chose to combine this spirit of rigour, sometimes bordering on stiffness, with the desire for openness that the PCF pursued after 1962, propelling him to the shores of Eurocommunism between 1975 and 1978.

The choice of the Communist Party

In 1970, Lucien Sève chose to become a paid official of the Communist Party. The choice was fraught with consequences: in the eyes of most people, intellectuals above all, someone choosing to be a professional revolutionary takes the side of ‘party interest’ rather than ‘truth’ or ‘objectivity’. In the end, this meant that he was not recognized as the great intellectual that the sum and quality of his works indicated. It is true that the choice of total commitment, in a party that was at one and the same time the object of conscious choice, a passion and an apparatus, became a constraint that shaped his way of being, speaking and writing. But this respect for collective militancy did not mean for Lucien Sève the absolute obedience of faith. He was a full-time member of the Central Committee from 1961 (when he was 35 years old). In practice, he was considered an official philosopher, though he fiercely rejected this. But he never reached the sacrosanct Political Bureau. Appointed director of the PCF publishing house in 1970, he left this post in 1982, feeling that he no longer had the autonomy of decision-making that he considered indispensable. Finally, in June 1984, when his stature in the party was at its height, he began the process of distancing that made him a ‘re-founder’ in 1989 and even saw him viewed for a while as the inspirer of a ‘plot’ against the party. He knew what it cost to deviate from the line, and he accepted the price to be paid.

Lucien Sève was an unshakeable militant who left an incredibly rich body of work. I have been a passionate reader of this, but I am not qualified to judge the significance of work that it is primarily philosophical. I will only say that it left me with admiration for the intellectual asceticism of his scholarship, the conviction that there is no science without argument, and fascination at some of his brilliant insights. If I had to pick out a few of these, they would particularly include: that the abolition of capitalism is nothing without the idea of transcending it, i.e. of the process that leads to its disappearance; that history is not a science of general laws, rather a science of the individual; that Marx said that the emancipation of each was the condition for the emancipation of all, and not the contrary; that it is useless to oppose form and content, or form and structure, but necessary instead to consider formation, that is to say, the constructive process of form, content and structure. Without Lucien Sève, I would never have been able to perceive all this and much more.

A guardian figure of Marxist thought

In the Communist Party and in its leadership, I have had the good fortune, indeed the honour, to encounter some of the great names in the Communist legend, such as Henri Rol-Tanguy and Marie-Claude Vaillant-Couturier, to name but two. I am also proud of having been close to Lucien Sève and benefiting from his friendship. We were not of the same generation, did not have the same intellectual training and did not agree on some points. But if I never ventured to make him into a model, he has been a guardian ﬁgure for me ever since 1969. A ﬁgure that I loved deeply, whose loss saddens me and creates a void that nothing can fill.

In 2020, the PCF celebrates a hundred years of existence. It will do so without Lucien Sève. History has closed many doors, and death adds one more. But Lucien convincingly showed us that, just as Communism was not born with the twentieth century, there was no reason for it to disappear with this.

Roger Martelli is a historian and the editor of Regards. His books include Louis Althusser and Lucien Sève, Correspondance 1949-1987 (Éditions sociales, 2018) and Une dispute communiste: le Comité central d’Argenteuil sur la culture (Éditions sociales, 2017). Lucien Sève was, with Louis Althusser and Roger Garaudy, one of the key figures in the debates surrounding this historic session of the PCF Central Committee in 1966.

[2] She particularly enabled him to read the work of the Soviet psychologist Lev Vygotsky, whose major works she translated: Thinking and Speech and The Development of the Higher Mental Functions.