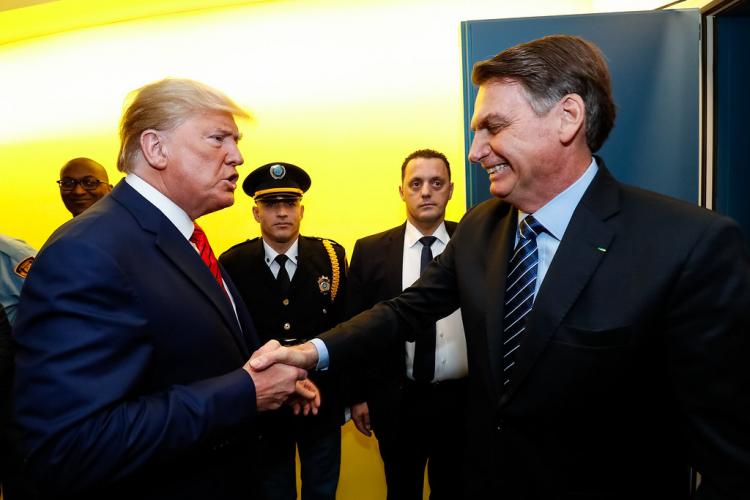 A Dialogue with Ugo Palheta

The Historical Materialism website has published a provocative essay by Ugo Palheta on contemporary neofascism.2 Over 22 theses, he develops a theoretical-historical analysis of fascism in its three dimensions: the ideology, the movement and the regime. Although the phenomenon is international, and there are common factors and elements to all, it seems inescapable that we look for the specific features that prevail in core countries, like the US or the countries of the European Union, and those that are characteristic of a nation such as Brazil, which – although in the periphery – is a society that made the passage from what was a predominantly agrarian society until the 1970s, to one with a high rate of urbanisation – something that distinguishes it from India or the Philippines, for example.

The first factor to be analysed is the meaning of the crisis of hegemony of the ruling class. Over the last 35 years, Brazil experienced its longest period under a democratic-electoral regime. In a historical perspective, this development would have been a surprise for the revolutionary Marxism that drew inspiration from Leon Trotsky’s approach of the 1930s, whereby he was sceptical about democratic regimes in peripheral countries.

Trotsky based himself on the tradition of the Third International, which, to summarise brutally, considered it improbable that there could be lasting liberal-democratic regimes, with an alternation of power, in South America. This applied even to a country such as Brazil, which has a peculiar semi-peripheral location in the world market and system of states, because it is a hybrid between a privileged semi-colony and a regional semi-metropole.

We were wrong. We were dogmatic (even if this prognosis held true, in its essence, until the end of the 1980s). We experienced two decades of military dictatorship after the victory of the Cuban Revolution. But the thesis was proven wrong after 1989-91, with capitalist restoration and the end of the USSR. The underestimation of this historic defeat, on a global scale, fed catastrophist prognoses that dismissed the possibility of the consolidation of a liberal-democratic regime, in a society that had undergone qualitative transformations, with the growth spurt that created the largest industrial complex of the southern hemisphere, and immense social changes.

From today’s perspective, after eight presidential elections, it is incontrovertible that the ruling class has overseen a relative stabilisation of the liberal-democratic regime. What remains troubling is that, after the institutional coup of 2016 and the election of a neofascist – in the context of primary-export recolonisation in the wake of the global depression after the 2008 crisis – the regime remains, to a high degree, threatened by Bonapartist blackmail.

There has been a debate in Brazil for at least three years about whether Bolsonaro is or is not a neofascist. This discussion is no mere dilettantism. It demands rigour. So, what should be the criteria for the classification of a political movement as neofascist, from a Marxist perspective? We should be very serious in studying our enemies. Those who do not know their enemy cannot win. There are three main narratives about the meaning of Bolsonarismo on the Left:

What is certain is that the Bolsonaro government must be the worst in the world in combatting the pandemic. There may be other, mind-bogglingly bad, incapable and abject governments, but none worse than the Brazilian. The catastrophic management of the plague has led to apocalyptic situations, such as in Manaus, an acceleration of contagion due to new strains/mutations of the virus, and to the collapse of the health system. This situation can be explained, among other factors, by Bolsonaro’s orientation toward defending the interests of his social base in the propertied petty bourgeoisie who are desperately set against any restrictive, preventative measures, and hysterically hostile to any lockdown.

Obviously, the categorisation of any and all political currents or leaders of the extreme right as “fascist” is a sweeping generalisation and one which is historically incorrect and politically imprudent. Fascism is such a serious danger that we should be dispassionate in defining it. The entirety of the far Right is radically reactionary. But not all of the far Right is neofascist. Evaluating our enemies with care is required.

The Bolsonaro government is a front that articulates four different wings of the far Right: the ultraliberal, the military, the parliamentary and the directly neofascist wings. It is not a fascist government. And the regime continues to be a liberal-democratic, presidential one, with institutional division of powers. Actually, today it is a hybrid, due to the strong presence of thousands of military officers in state management positions. The institutional conflict between the Supreme Court and Congress, on the one hand, and the executive and the Bolsonarista current, on the other, has sharpened.

But Bolsonaro himself is a neofascist. Or a fascist of the kind that exists in the historical era in which we live, after capitalist restoration in the ex-USSR and China. This characterisation would evidently be insufficient without mediations. Mediations are not a recourse to “dialectical elegance”. To identify, for instance, that a paramilitary fascist party still does not exist is the sort of precision required of us, even if Bolsonaro’s alignment with paramilitaries formed by police officers is dramatically threatening. But those who think this is an exaggeration are deluding themselves. Bolsonaro is extremely dangerous. One of the core elements of his strategy is the “fascisation” of his political current.

Bolsonaro is a caudillo. His leadership is an expression of a mass, middle-class, counterrevolutionary movement, supported by fractions of the bourgeoisie, who are driven by opposition to the egalitarian, albeit minimal, reforms carried out by the PT governments, a phobia of the Venezuelan experience, and the economic regression of the last six years.

Bolsonaro leads a real political movement, although he does not yet have a legalised political party. The fact it has not yet been formalised is not irrelevant, but this does not diminish his mass influence either. Bolsonarismo is, unequivocally, one of the two main political forces in Brazil. The other is the PT.

Even the presence of Venezuelan, Haitian and Bolivian refugees and immigrants has served to feed xenophobia. His movement is also driven by a fantasized nostalgia for the two decades of military dictatorship, in particular amongst the military and police forces, among which Bolsonaro wields great authority. If that were not enough, he has also gained visibility by giving expression to the hatred felt in retrograde and archaic social environments, especially in neopentecostal churches, for the feminist struggle, the black and LGBT movements, and even ecologists.

The far Right is in government and the neofascist wing is in a struggle for power. Until now, its coup-mongering initiatives have been blocked, but not defeated. In this struggle for power the aim is to subvert the regime, or the balance of power between the institutions. The offensive, in the form of counter-reform of pensions, was a first step in a counterrevolutionary socio-economic programme that aims to ensure privatisations, fiscal reform and much else besides.

Is a social counterrevolution without the destruction of freedoms possible? We should approach this question with an open mind. It is a theoretical-historical problem. We still do not have answers – which does not diminish the importance of the strategic question. The Bolsonaro government’s project is to destroy the few social advances of the last three and a half decades. They say, unabashedly, that the cost of maintaining a democratic regime has become too high. It has become too expensive. Minimum wages, formal employment, pensions, universal and public health, growing universal access to education, subsidies for public transport... everything has become too expensive. In sum, taxes are too high. They do not hide whom they serve.

This all returns us, once again, to the strategic question. Will it be possible to advance a programme for the recolonisation of Brazil, without destroying democratic liberties? We do not know the answer. But it is important to be aware of the potential danger of a political and even social demoralisation if Bolsonaro were to win a second term.

Bolsonaro’s election was only possible after an uninterrupted process of accumulated defeats that consolidated a reactionary context. Defeats should be called by their name. There has been a qualitative change in the social relation of forces between classes. Those who think that to diminish the significance of defeats helps future struggles are wrong. This self-delusion feeds magical thinking, and conspiracy theories.

Of course, saying that the workers or the people were defeated because our enemies were stronger explains nothing. There are those who are responsible. As 2015 became 2016, the immense majority of the bourgeoisie broke with the Dilma Rousseff government and supported the mobilisations of middle sectors in favour of impeachment. And the PT discovered it no longer had the requisite social strength among workers to resist the offensive. After 13 years of collaboration with big capital – up to the absurd point of accepting a finance minister, Joaquim Levy, hand-picked by finance capital – the PT found itself impotent. The dramatic limits of the strategy of “reformism but with hardly any reforms” revealed themselves to be insuperable.

When a historic defeat occurs, a whole generation loses hope that life could improve through collective political mobilisation. It is then necessary that a new generation reaches adulthood and matures through the experience of social struggle. A historic defeat establishes an unfavourable relation of forces between classes over the long term. A historic break is then necessary for the working class to, once again, begin to move, as it did in 1978-79.

Bolsonarismo could never be the same as Nazism. Fascist movements in many other countries – including in Brazil, with integralism – existed in the same historical period. But, despite their nuances, they all deserved to be classed as fascist.

We are not in the same stage as during the 1930s, after the catastrophe of the First World War, the victory of the Russian Revolution, and the crisis of 1929. Neofascism in a dependent country such as Brazil could not be the same as the fascism of European societies in the 1930s. There is no risk of a new October Revolution today, even if the spectre of Venezuela has not failed to provoke the political neuroses of Bolsonarismo. This force responds to the economic stagnation of the last six years, the most significant in contemporary history, as well as to the movement of the mass of the bourgeoisie to the opposition during the PT governments, and to the socio-economic strangulation of sectors of the middle class.

The antipetismo [hatred of the PT and, by extension, the Left] of the last five years is the Brazilian form of the anticommunism of the 1930s. Bolsonarismo was not initially backed by the main nucleus of the bourgeoisie, but, rather, was adopted as a lesser evil in the face of socio-economic crisis. There are many theoretical models to classify neofascism. Here is an outline of ten criteria: (a) the social origin of its leaders; (b) the trajectory of the movement; (c) its social base and the electoral dimension of its audience; (d) what it proposes: its ideology or programme; (e) its political project; (f) its position vis-à-vis the political regime, or its relation with institutions such as Congress or the Armed Forces; (g) its relation, respectively, to the ruling class and the working class; (h) the type of party or movement that functions as its instrument of struggle; (i) its relations and supporters internationally; (j) the origins of its funding.

Considering these ten criteria, we can conclude that:

Finally, we should recall the “bending the stick” metaphor used by Lenin: when the stick is bent too far in one direction, if we wish to find the point of equilibrium, we need to bend it to the opposite extreme. This far-right government, led by a neofascist wing, was not a historical accident. Without mass mobilisation, Bolsonaro will not be stopped, and this demands the formation of a united left front capable of igniting workers’ willingness to fight, as well as that of the youth, black, women’s, environmental, LGBT and human rights movements.