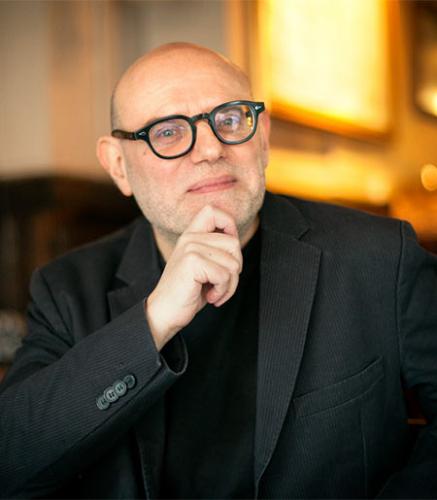 Enzo Traverso is perhaps the finest Marxist scholar of the “Jewish Question”. Throughout his considerable amount of published work, notably the recently reissued The Jewish Question: History of a Marxist Debate, the “Jewish question” is a consistent point of implicit and explicit reference. For Traverso, Anti-Jewish violence is absolutely central to the project of modern reaction in both its conservative and fascist forms. From the Dreyfus affair to the pogroms, from the Shoah to the “great replacement theory”, the figure of the Jew in the reactionary imaginary bears far more inquiry beyond mechanical and stageist accounts.  These stageist accounts, often focusing on the myth of the “economic Jew” prefigure “class reductionist” takes on anti-Black and anti-indigenous racism or queerphobia.

In the case of the Jewish question, this reductionism has served to reinforce on one hand, a more particularist approach than what is merited, such as in the later work of Norman Geras1 or Marxist Zionists like Shlomo Avineri. On the other hand, it has served to downplay or even erase historical antisemitism, leaving the broad Marxist Left with the lack of a supple analysis of the specificity of antisemitism and the uptick of anti-Jewish violence and conspiracism. This duality is what makes Traverso’s framing of the question quite useful. To this day, there is an ongoing oscillation between these two positions. There is a common sense belief, it seems, that antisemitism is a fading phenomenon and Jews being broadly assimilated, often middle-class white people no longer live in a skin of enforced particularity. This is not to say that there is denial of the current rise of anti-Jewish violence, rather there’s an implicit denial of the specificity of the “figure of the Jew”. In contrast, and equally problematic, there are those who make too much of this particularity, leading some younger progressive Ashkenazi Jews to deny their whiteness.

Traverso’s body of work makes a strong case that, as with other questions of particularity, Marxists have largely either misunderstood or downplayed the particularity of the Jewish question, and hence antisemitism. This is not to deny that Marxists to this day fight racism and antisemitism in all of its manifestations. It may well be an area in which, on the question of tactics, practice is ahead of theory. For Traverso, among some others, it is historical materialism that allows for a correction of past theoretical and practical errors. Perhaps, he implies, classical Marxism grew into fruition within a historical and temporal context in which history had not yet provided a solution to the riddle

Recently, the useful web journal, Marx and Philosophy Review of Books published a downright bad faith review of The Jewish Question: History of a Marxist Debate by Igor Shoikhedbrod of the University of Toronto.2 It is not that this review is uncharitable. Shoikhedbrod praises the book as a “welcome contribution” and lauds its inclusion of a wide range of sometimes neglected thinkers. It is that Shoikhedbrod, either wilfully or not, misrepresents the text in significant ways. His strongest charge is that Traverso “fails to see the ‘Jewish Question’ as an enduring controversy”. This is laughable, quite frankly, and offensive.

It is either Shoikhedbrod is entirely unfamiliar with Traverso’s body of work over many decades, or that he is all too familiar, and strongly opposes Traverso’s political and theoretical project. It is difficult to pin down why Shoikhedbrod would take such issue with this text so as to misrepresent it. A hint can perhaps be found in a review of Avineri’s work3 written for the same publication. In his fawning review, Shoikhedbrod expresses some degree of qualified sympathy for Zionism. In turn, in his review of Traverso is highly critical of Traverso’s anti-Zionism to the point of misrepresentation. He proclaims that “socialist varieties of Zionism complicate Traverso’s narrative somewhat … he generally associates all manifestations of Zionism with colonialism”. This is a sin of omission, not commission.

Of course, Traverso, like any good historical materialist is anti-Zionist. Yet this “anti-anti-Zionism”4 on Shoikhedbrod’s part does not merely register disagreement with the terms of how Traverso lays out the contours of the Marxist/Zionist hybrids that sprung up in East Europe. To situate Marxist Zionism as having an affinity in its early years with colonialism does not mark Zionism as entirely different from some elements of early century international social democracy, those that openly opposed anti-colonial politics. In the Avineri review, Shoikhedbrod makes the claim that the Israeli diplomat Avineri “has good reasons for critiquing Marx’s insensitivity to the relevance of national identity”. To wit, he even uncritically effuses about Avineri’s role as an Israeli diplomat. It is not that Shoikhedbrod is uncritical of Avineri. Yet the serious engagement with Avineri, as opposed to the misrepresentation of Traverso, show that Shoikhedbrod’s own project is perhaps far closer to the former.

Shoikhedbrod is critical of the fact that Traverso imposes a “...projection onto classical Marxism of a unilinear and teleological conception of historical progress”. It is surprising that the charge would be made as it is hardly a controversial point. From Kevin Anderson to Robert Brenner and so-called Political Marxists, the critique of “stageism” and emphasis on multilinearity is so generalised in Marxian historiography that it is not a “well worn narrative”. It is a frank acknowledgement of the limitations of (some) Marxian inquiry. Whatever one’s take on historical materialism as art and craft, Marxism, as Lukacs reminds us, is about method – the spirit, not the letter. In any case, the point itself is neither here nor there, a non-sequitur only included to poison the well, as there is no alternative approach on offer. Indeed, in a sense, Shoikhedbrod is laying down a gauntlet and denouncing Traverso’s project as such.

Contrary to Shoikhedbrod’s misrepresentation, what Traverso does with this text, is merely to elucidate in crisp prose the positions that Marxists have held on such questions, primarily, but not exclusively prior to the second World War. Traverso lets the figures under analysis speak for themselves. He reveals a rich tapestry of material, of errors of various degree, peppered with the odd incomplete insight. It is no accident that many of the figures under analysis were themselves assimilated Jews. Jewish Marxists in Central Europe largely operated within the intelligentsia, yet in Russia and the Pale of Settlement, a vast Jewish proletariat arose. The debates within the RSDLP and within the Bund, and indeed between both and the “Marxist Zionists” are retold with sympathy and attribution of good faith to all parties involved. It is rare to encounter a Marxist historical social theorist who is so charitable to those even subject to critique. By letting these figures speak for themselves, Traverso invites the reader to make up their own mind, while giving his proverbial “take”.

One would presume his take, which, as noted informs his entire body of work, would be uncontroversial. That is to say, Marxism has had insights as well as some tragic error in its historical relationship with the Jewish question. Unlike Shlomo Avineri, admired by Shoikhedbrod, this does not lead to Traverso effectively aligning with Moses Hess against Marx. As Traverso points out, if Marx did ever adopt the framework of the “Geldmensch” as applied to Jewish people, it was largely rooted in Hess. Hess, of course, was a foundational figure for what became Zionism. This is to say that to a large degree, Zionism itself is far more rooted in reductionist accounts of the Jewish experience than the many currents of Jewish Marxism catalogued by Traverso.

Perhaps it is Traverso positing an affinity of Zionism’s adoption of the Geldmensch framework with the other forms of unfortunate reductionism that troubles Shoikhedbrod. More to the point, it is that Traverso is able to glean historically specific insights in spite of this reductionism. Paradoxically, thus, Shoikhedbrod is replying to Traverso by making a crypto-Zionist case for reductionism. And it would be completely in keeping with Avineri and Hess, who saw Zionism and national self-determination as the only possible answer to the Jewish Question.

It is a shame that Shoikhedbrod did not at the very least situate his opposition to not merely Traverso but those with whom he aligns within a context of his own analyses. He could have made a strong, if wrongheaded “anti-anti-Zionist” case against Traverso. He could have situated Traverso’s background of having worked with the great theorist Michael Löwy, not to mention his affinity with the likes of Daniel Bensaïd and Ernest Mandel. It is also, of course, a shame that Shoikhedbrod failed to consult any of Traverso’s voluminous output. Marxist debates must be conducted in good faith. There is always room for polemics but misrepresentation is the book criticism of fools.

Jordy Cummings is a cultural critic and labour activist based in Toronto. He teaches in the Department of Social Sciences at York University and the coordinating editor of Red Wedge. He has contributed to Spectre, Jacobin, New Politics, and other outlets.