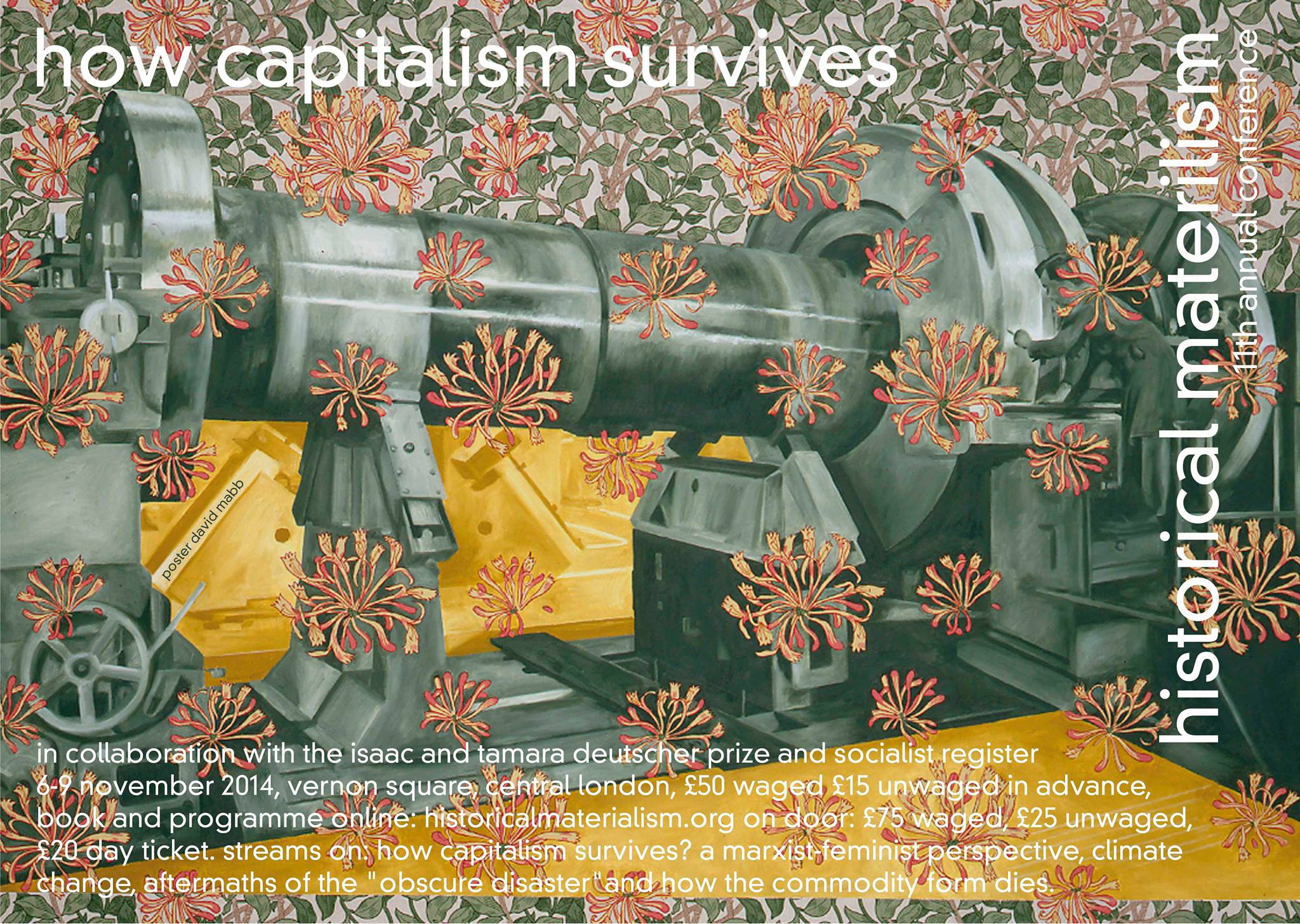 This year marks the first of a series of centennial commemorations and anniversaries, starting with that of the first worldwide inter-imperialist conflict. Centuries of colonialism and imperialism served as a preparatory phase for the catastrophe. Indeed, while the main parties of the Second International trampled the revolutionary socialist tradition in trench-mud, the First World War destroyed the illusion that imperialist violence could be wreaked on the colonies while leaving Europe untouched. If capital came into the world ‘dripping from head to toe, from every pore, with blood and dirt’, Marx’s analysis of ‘primitive accumulation’ has certainly not been confined to a pre-history of capital.

And yet, contrary to all expectations, despite these tremors and shocks, despite the terrifying glances into the abyss of destruction, capitalism has survived. Not only has capital muddled through; it has mutated, adapted and, by some criteria, emerged stronger than before. At the same time, however, new contradictions and crises have appeared, expanding the spaces of critique to the ecological and the ideological terrains and opening up new possibilities of revolutionary breakthrough.

In recent years, the crisis and the movements emerging in response have re-opened an opportunity to envision, and fight for, substantive alternatives. But these movements have remained fragmented and have faced increasing state repression and imperialist aggression. And the on-going crisis is now raising the stakes. It is clear that this crisis is indeed global, leading to deepening austerity in the North and undermining the conditions for sustained growth in the South. If, in the North, the ‘war on terror’ manifests itself in intensified state racism and Islamophobia, the crisis is also intensifying and bringing to the surface underlying international rivalries. The winds of war from the South are reaching Europe once again. But from the South, movements worldwide also bear witness to countless examples of struggle and resistance.

At this year's conference, we want to explore capital's capacity to survive in order to explore, first and foremost, how it can be overcome. We are interested in investigating contemporary geographical reconfigurations of accumulation and interrogating theories of imperialism, hegemonic succession, and capital’s tendencies towards increasing inter-state rivalries. On the other hand, we want to delve into theories and practices of class struggles, social movements and resistance which create possible alternatives to neoliberalism, crisis and war by constantly challenging the smooth reproduction of capitalism in its gendered, social, economic, political, racial, ecological, cultural and ideological dimensions. In doing so, we also want to enrich our understanding of a Marxian analysis of ‘core’ and ‘periphery’ with an analysis of current developments of Marxism in the South in general and in the BRICS economies in particular. We also hope to continue the theme on Race and Capital inaugurated last year.

We welcome abstract proposals of 200 words on these themes or any others, in all disciplines, from all continents and from all perspectives within Marxism.

Separate calls go out for the following streams:

NEW: The deadline for HM London Conference is extended for all abstracts to 1 June 2014. It is very unlikely to be extended again.

Please note that this year the conference will not be taking place at the main SOAS buildings at Thornhaugh Square.

The venue is in Vernon Square this year, not in the Bloomsbury area as previously. You can find here a range of accommodation options.