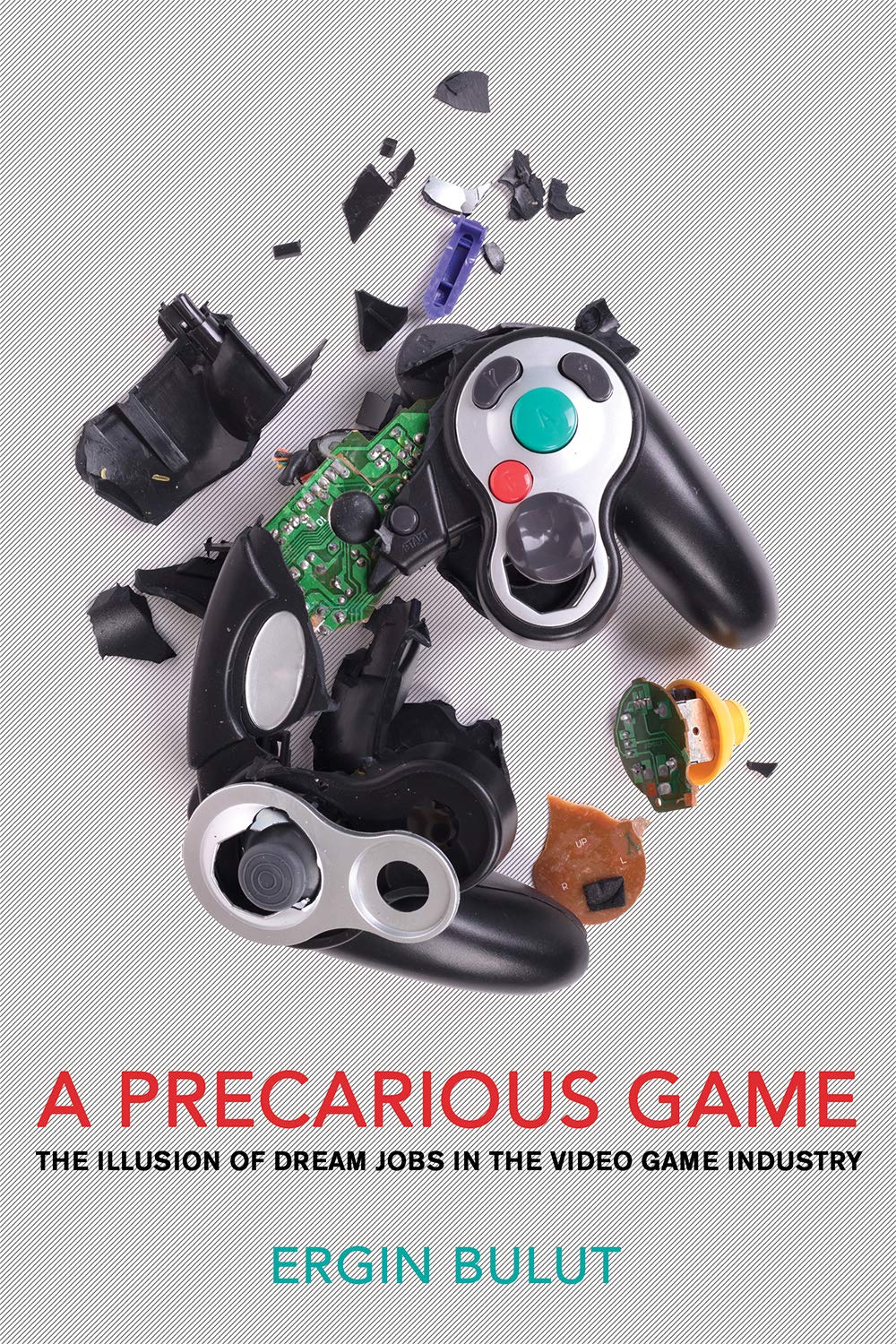 Videogame production has been back in the news with stories of the working conditions at CD Projekt Red and the upcoming – delayed again – Cyberpunk 2077. While there have been campaigns around “crunch”, or overwork, in the industry going back to the 2003 “ea_spouse” open letter.1 More recently, games like Red Dead Redemption 2 have reignited debate in the industry and beyond. There have been instances in which companies have promised to improve, yet crunch remains a persistent issue within the industry.2 Often these aspects of the industry are played down in favour of a focus on the favourable growth rates that contrast with the performance of many other sectors. This has particularly been true during the pandemic. While lockdowns have brought chaos to some industries, US consumers are spending more money (and time) playing videogames. For example, in April 2020, as the scale of the pandemic became clear, there was a 73% increase in videogame sales compared to the previous year, as well as 163% and 46% for hardware and accessories respectively.3

Beyond these headlines, comparatively less is known outside of the industry about the working conditions of videogames studios. This is particularly the case within academic research on work or wider Marxist analysis. However, since 2018, there has been a growing critical voice from workers within the industry, increasingly covered by some of the now-unionised videogame press. Workers have joined or formed unions in France, South Korea, the USA, Canada, Ireland, and the UK, amongst others. Within this fast-moving context (which will hopefully have more developments by the time this review is published) there is a growing interest in what happens in the ‘hidden abode’ (as Marx referred to4) of videogame studios.

A Precarious Game by Ergin Bulut’s is an important contribution to the growing field of critical and Marxist influenced scholarship on videogame work. At its core, the book is a detailed and engaged ethnographic account of a videogame studio, pseudonymously referred to as ‘Desire’, and the dynamics that developed there over time. Bulut focuses on four process: ‘rationalization upon acquisition, spatialization, financialization, and precarization. Among these, precarization anchors the whole story’ (p. 4). This means much of the book unpicks the ‘immaterial labor’ involved in the production of AAA (large, mainstream) videogames. However, it does not fall into the trap of focusing solely on the white-collar employment in the studio, drawing back at points to consider the other kinds of work involved, both along the supply chain and in other aspects of production like videogame testing.

The book builds upon a growing literature of critical game studies, including, as Bulut notes, Dyer-Witheford and de Peuter’s excellent Games of Empire (which has recently been revisited in a special issue of the journal Games and Culture on the tenth anniversary of its publication)5, the important contributions by Aphra Kerr,6 Robert Meija,7 and Lisa Nakamura8 – as well as my own Marx at the Arcade.9 I have concerns about seeing autonomist Marxism discussed in game studies, after encounters in which concepts like playbour,10 free labour,11 or immaterial labour12 are discussed while being shorn from their theoretical roots. However, Bulut explains ‘immaterial labor’ is a starting point for the book (p. 11) and the analysis that develops is not limited by the excesses of post-workerism. The use of the term ‘precarization’ could also signal a similar problem. However, throughout the book, Bulut develops a critical and nuanced account of the role of precarity within the industry. It engages with the challenges facing workers in an industry that involves a powerful ideological dimension: the insistence that workers are doing what they love. Sarah Jaffe’s forthcoming Work Won’t Love You Back also sharply criticises this tendency within the videogames industry and other sectors.

The book builds on some of the weaknesses of more mainstream scholarship on work, which often has less interest in detailed workplace investigations. Workplace ethnography is, unfortunately, becoming increasingly more difficult to pass through ethics review boards. It is even rarer within studies of the videogames industry.13 As I have written about elsewhere, with Adam Badger, this is a reflection more of the fear of litigation than any kind of ethical concerns about the kind of research we should be undertaking from the university.14 As Bulut explains, they were able to gain access with permission of Desire, but this was not just participant observation: ‘I bought a game console to play Desire’s games so I could talk with them about their work. Now I was playing games for ethnographic work’ (p. 12). As another ethnographer who joked about getting to play videogames as part of a project (and failed to find much time to do so), this is encouraging to hear.

The book is full of examples of how this is worked out in practice, from the informality of the workplace and Nerf gun fights, to the huge additional pressures this informality introduces, both during work hours and the reproduction of labour power outside of it. Here, precarity is not understood only as ‘the top-down imposition of insecurity’ as it can so often be understood. It is worth quoting Bulut at length:

Rather, the government of subjects – in our case, video game developers – actively depends on workers’ participation from below, which is enabled by their creative autonomy, passion for work, the ethos of hard work, and game development’s cool status; these aspects not only empower the workers in their everyday practices but also deepen precarization. Simply put, precarity is productive of subjectivities especially because it is entrenched in love. It doesn’t exist just because there are fewer jobs. On the contrary, precarity is strong especially due to the game developers’ ideological tendency towards abstract promises of play and the materiality of glamorous employment (p. 6)

This chimes with my own research with game workers, drawing out the complex experience of working practices that can be both precarious but also desired, exploited and enjoyed.

The importance of this kind of detailed ethnographic research is that it can shed new light on the processes of worker organisation that are beginning to unfold in the industry. As Bulut notes, ‘game workers’ organizing attempts suggest that contemporary capital’s strategy to enlist subjectivity for work is likely to face resistance’ (p. 7). While the new focus on organising in the industry is exciting, it is important to remember that below the surface of work there is always resistance, which as Braverman explains, is like ‘a subterranean stream that makes its way to the surface when employment conditions permit, or when the capitalist drive for a greater intensity of labor oversteps the bounds of physical and mental capacity.’15 This kind of ethnographic investigation can help chart out the longer history of resistance(s) that have crisscrossed the industry since its inception.

In the short conclusion, Bulut outlines how for game workers, ‘doing what one loves can be a mixed blessing; joyful as it is, love can be precarious and alienating … a critique of love, then is in order’ (p. 160). This involves a critique of the specific kinds of work that is carried out, taking into account the role of gender, race, disability, sexuality, as well as why some kinds of work are said to matter or not, stay hidden, or become visible. While Desire was not the site of open worker organising – with some participants even voicing opposition to the idea – Bulut does not fall into the trap of writing off worker power in the industry. Reading this chapter reminded me of an encounter I had with a game studies professor who critiqued my writing on game worker struggle,16 before the recent wave of organising. He explained that Marxists want to see capital and labour when they look at a development studio, but fail to understand that the industry is different from others and workers will not want (or need) to get organised. Instead, Bulut examines why there may have been – on the surface – ‘indifference to collective action’ (p. 166), and then explores how ‘despite the ideology of individualism, meritocracy, and the prevailing attitude toward work itself, antagonisms have recently become more visible in the industry’ (p. 167). It is good to see a discussion of the new forms of worker organisation that are emerging in the industry towards the end of the book.

In summary, this book is an excellent contribution to the growing critical scholarship on videogame work. It takes seriously the experience of workers in the sector, combines ethnographic detail with a political economy of the industry, and uncovers dynamics that play out in these workplaces. While this close focus is needed for understanding videogame workers, the videogames they make, and their role in contemporary capitalism, the book maintains a critical vision beyond the workplace itself. As Bulut argues ‘it’s ironic that, although video games are mostly marketed as digital venues where players’ dreams and utopias are realized through interactive technology, the industry becomes suddenly serious when workers start daydreaming’ (p. 173). This is part of the challenge of both researching and organising in new sectors of work: connecting the big questions of power and transformation to the smaller specificities and peculiarities of the workplace.

Badger, A. and Woodcock, J. (2019) 'Ethnographic Methods with Limited Access: Assessing Quality of Work in Hard to Reach Jobs', in D. Wheatley (ed) Handbook of research methods on the quality of working lives, 135-146. Cheltenham: Edward Elgar.

Jaffe, S. Forthcoming, 2021. Work Won't Love You Back: How Devotion to Our Jobs Keeps Us Exploited, Exhausted, and Alone.

Meija, R. 2012. “Playing the Crisis: Video Games and the Mobilization of Anxiety and Desire.” PhD Dissertation, University of Illinois, Urbana-Champaign.

Ruffino, P. and Woodcock, J. 2020. ‘Game Workers and the Empire: Unionisation in the UK Video Game Industry’, Games and Culture: a journal of interactive media.