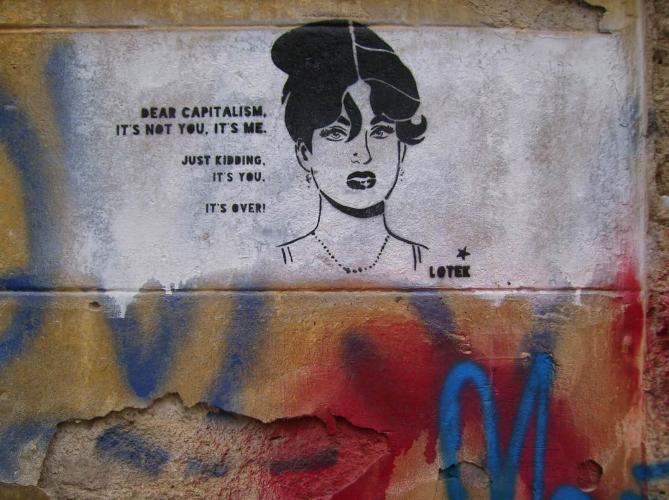 Call for Papers of Sexuality and Political Economy Stream

The resurgence of the right has brought a renewed politics of sexuality that has left sectional interests fighting battles they thought they had won. Trans people face renewed prejudice and discrimination from the right and also attacks from feminists who would claim to be left and defending women's rights. Women find inequality remains persistent and whilst #MeToo has thrown a light on harassment, political leaders like Trump thrive on using women as sex objects, whilst the epidemic of rape and sexual violence is unabated. Gay men, lesbians and sexually dissident identities find themselves bisected by a homonormativity that promises (grudging) inclusion within homo-nationalist and capitalist marketised societies, or condemnation and hostility should they wish to express their queerness in non-conforming ways. Both in law and in politics, nebulous appeals to decency and obscenity ensure judicial and policing discretion that leaves sexual dissidents vulnerable to arbitrary yet targeted attacks.

These issues, points of contestation in the West, do not begin to represent the naked violence, suppression and exploitation visited upon sexual and gender nonconformists in parts of Africa, the Indian sub-continent, the East and Russia. Systematic state sponsored prejudice and violence, overt discrimination, harassment and hostility and trafficking are prevalent and overt features and facts of life.

Behind these points of struggle and contestation, persistent inequalities and prejudices prevail: religious organisations that refuse even the strictures of human rights law; a conventional culture that views free sexual expression and discourse as dangerous and risk laden, to be preserved in private families or expressed in limited bio-medical risk averse sex education; protectionist discourses that ironically render young people vulnerable by pushing sexuality to subterranean levels and promoting ignorance and innocence.

Indicative themes might include:
• The scope and limits to Queer Social Reproduction Theory
• The political economy of sex work
• Building a Trans Marxism and resisting anti-trans attacks
• Resisting the Right on both sexual oppression and desexualisation
• Resisting attacks on women’s reproductive rights and sexual freedom
• Contradictions within the far right in imperialist countries between femo- and homonationalism on the one hand and heterosexism on the other.
• Global ‘Political homophobia’ or ‘heteronationalism’ and ‘Western’ homonationalism - a vicious circle.
• Campaigns against ‘pinkwashing’
• Marxism, empirical studies and the fight against scientific pathologies
• Debates between queer Marxist-humanism and queer anti-humanism.
• Marxist analyses of queer poverty, queer anti-racist struggle, the daily struggles of queer people of colour, and intersectional inequalities.
• Apologies, Redress and struggles against sexual oppressions around the globe
• Analysing queer issues through readings of Capital and Marx’s work?
• What would gay communism look like?

Whilst all and any papers that elucidate the relationship between sexuality (and gender) and political economy (Marxist and radical theory and politics) are welcome, papers that explore these violence's and how to combat and confront them, developing cohesive left strategies, tactics, solidarity and politics, both decoding the current struggles and developing coherent responses, are particularly welcome

2018 sees the 50th anniversary of the apex of the movements of dissent, radical change and revolution in the 1960's. Across the globe, workers, students and freedom movements challenged existing orthodoxies and regimes of prejudice, discrimination, inequality and oppression. This extended for demands for greater sexual freedoms, rights and recognition, and opposition to criminalisations, pathologies, subjugations and violence. For many in the West, the emergence of sexual movements as part of the protests of the late 1960's had a direct bearing on subsequent legal, cultural and political change, and put sexual equality, rights and justice on the political map. Even with the perceived resurgence of conservative forces and neo-liberal capitalism, which have been seen as contesting 'progressive' movements and ideas, issues of sexual freedom and justice have become far more evident and subject to debate, contestation and political and policy change. The character of that change can and should be critically assessed, and one element of that critical assessment should be the role of revolution and radical change, in contrast to the reformist and incremental change that has characterised much of sexual change over the last fifty years.

Revolution is itself a contested term. It is not always clear where evolution, or reform, ends and revolution begins. Whilst the traditional representation of revolution is a violent uprising, revolution takes different forms: political but also social, aesthetic and cultural transformations. There are also those continuities that seem to resist forms of transformation - particularly the persistence of globalisation, capitalism and neo-liberalism.

This anniversary allows the space to a conference to assess the relationship between sexual politics and social and political revolutions.  We are seeking contributions that explore this relationship in any historical contexts and conjunctures. Contributions might focus on:

- The 1960's, sexual change for LGBTQI identities and cultures, and their consequences

- Aesthetic revolutions and their representational politics of sexuality

- The cultural politics of sexuality

- Sexual revolutions and discourses of reform and revolution

- The sexual politics of revolutionary movements

- The role of social revolutions in catalysing sexual change

- The erotics of conflict

The list of possible themes is by no means exhaustive. We invite proposals for both papers and panels that deal with the intersections of sex, sexuality and revolution. Expressions of interest should be presented in abstracts for papers (250 words) or panels of up to three speakers (please submit a 300 overview and a set of abstracts) should reach us by Friday 15 December 2017 at the latest, as should expressions of interest from non-paper giving participants. Notifications of acceptance will be sent by Wednesday 20th December 2017. Those who require earlier acceptances in order to acquire funds can specify this and we will enact a rolling acceptance process for those people as their proposals are submitted.

The fee for the two-day workshop is 120 Euros (100 Euros for Postgraduates), and includes conference packs, refreshments and lunch for both days.

As recently as the start of the 21st Century, there was a prevailing sense even in the most progressive circles that Marxism had little to say about sexuality and vice versa. Indeed, as I observe in the archive article published here, Simon Edge could represent a hostile response from the ‘sexual’ community of scholarship and politics to Marxism. He represented a perspective that Marxism subsumed sexual oppression, prejudice and pathology into a sub-category of class oppression. This position, of course, ignored the work by Marxist scholars and revolutionaries, notably Alexandra Kollontai, Wilhelm Reich and Herbert Marcuse. It also failed to recognise the considerable overlap between radical left thinking and sexuality in the work of scholars such as John D’Emilio, Martin Duberman and Jeffrey Weeks .

In the last two decades, with the (uneven) erosion of formal legal and political prejudices in the 'West' and the substantive shift from radical sexual politics to homonormativity, Marxist scholarship has become more important in providing a critical framing that both emphasises the vagaries of capitalism and class but does not subsume the framings of gender, ethnicity and race and sexuality itself that shape the experience of non-heterosexuals in contemporary societies.

That includes Peter Drucker's magisterial Warped: Gay Normality and Queer Anti-Capitalism (2015), in the Historical Materialism Book Series, which maps same sex formations and regimes of pathology and resistance against the development of capitalist economies and draws together a framing for an inclusive 'queer Marxism'. This follows a number of contributions that have opened up a critical political economy of sexuality, from Nicola Field's (1995) Over The Rainbow: Money, Class, Homophobia and Rosemary Hennessy's (2000) Profit and Pleasure: Sexual Identities in Late Capitalism, to less overtly Marxist works nevertheless drawing from political economy, such as Amy Gluckman and Betsy Reed's (1997) collection Homo Economics: Capitalism, Community and Lesbian and Gay Life, and MV Lee Badgett's (2001) Money, Myths and Change: The Economic Lives of Lesbians and Gay Men.

More polemic and political texts include Sherry Wolf's (2009) Sexuality and Socialism: History, Politics and Theory of LGBT Liberation and Hannah Dee's (2010) The Red in the Rainbow: Sexuality, Socialism and LGBT Liberation.  And there are critical texts that draw together strands of theory to advance a queer Marxism that engages with culture, the sexual psyche and everyday life in building rich critical analyses, such as: David Alderson's (2016) Sex, Needs and Queer Culture: From Liberation to post-Gay, Holly Lewis's (2016) The Politics of Everyday: feminism, Queer Theory and Marxism at the Intersection, and Kevin Floyd's (2009) The Reification of desire: Toward a Queer Marxism. And this is just a sample of peaks in a growing critical literature.

Recently, a Sexuality and Political Economy Network has been formed, affiliated to Historical Materialism, to take forward the queer Marxist agenda. Anybody interested in joining the Network can contact Paul Reynolds - reynoldp@edgehill.ac.uk - or Holly Lewis - hl18@txstate.edu