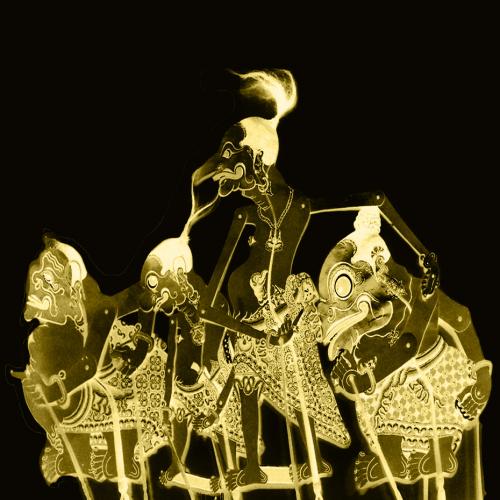 In the final part of Capital, Volume I on “the so-called original accumulation”, Marx gives a dazzling overview of the often violent historical phenomena that contributed to the birth of the capitalist system, “dripping from head to foot, from every pore, with blood and dirt.” Particularly striking to a historian of Dutch capitalism and colonialism like myself, is the special attention that Marx gives to Dutch colonial violence in Indonesia as an illustration of this general process. This choice of material is of more than just parochial interest. It can help to highlight some important aspects of Marx’s approach to original accumulation that are easily lost when viewing this chapter through the lense of English exceptionalism, as many Marxists unfortunately still are prone to do.

Marx mentions Dutch colonialism in Indonesia several times in the first volume of Capital, and elsewhere in his work. But the most significant passage comes early in the chapter on the “Genesis of the Industrial Capitalist”. Its subject is colonial slavery, and the brutal depopulation of conquered areas that accompanied it. After citing the British colonial administrator Thomas Stamford Raffles’s judgement that the history of Dutch rule in Asia was “one of the most extraordinary relations of treachery, bribery, massacre, and meanness”, Marx continues:

Nothing is more characteristic than their system of stealing men, to get slaves for Java. The men stealers were trained for this purpose. The thief, the interpreter, and the seller, were the chief agents in this trade, native princes the chief sellers. The young people stolen, were thrown into the secret dungeons of Celebes, until they were ready for sending to the slave-ships. An official report says:

“This one town of Macassar, e.g., is full of secret prisons, one more horrible than the other, crammed with unfortunates, victims of greed and tyranny fettered in chains, forcibly torn from their families.”

The appearance of Marx’s scathing denunciation of Dutch colonialism in Indonesia in the chapter on the “Genesis of the Industrial Capitalist” is in itself of some theoretical interest. Although the title seems to announce that this text will focus on the early stages of the industrial revolution in Britain, the actual text covers a lot more ground. The most famous passage in this section illustrates the breadth of Marx’s global vision: “The discovery of gold and silver in America, the extirpation, enslavement and entombment in mines of the aboriginal population, the beginning of the conquest and looting of the East Indies, the turning of Africa into a warren for the commercial hunting of black-skins, signalled the rosy dawn of the era of capitalist production. These idyllic proceedings are the chief momenta of primitive accumulation.”

But Marx’s discussion of violence did not stop with the predatory relationship between rising European powers and the rest of the world. In the chapter, Marx also discusses the ways in which increased global competition profoundly changed European societies and their states, highlighting the commercial wars between European powers, as well as the rise of public debt, the tax-state, and the international credit system. There is no single passage in which Marx explains how exactly these elements contributed to the rise of capitalist industry. Rather, the text suggests a variety of mechanisms. Perhaps the most obvious, is that foreign expansion helped Europeans to harvest the treasures of the world that were then turned into capital. Significantly, Marx points to the colonial system of Holland as the prime example for this. “The treasures captured outside Europe by undisguised looting, enslavement, and murder, floated back to the mother-country and were there turned into capital.” A second mechanism outlined by Marx, is that the state’s foreign and military adventures acted as levers for concentrating enormous funds in the hands of the rich, and allowing for their investment outside the usual constraints that still characterized more localized production systems. Thus, European states endowed “barren money with the power of breeding and thus turned it into capital”.

But the final, and most all-pervasive mechanism for Marx in this chapter is the way in which wars of expansion and colonialism provided powerful models, practical examples for the separation of the labourers from their means to gain an independent livelihood, and the sacrificing them to modern industry. “The colonial system, public debts, heavy taxes, protection, commercial wars, etc., these children of the true manufacturing period, increase gigantically during the infancy of Modern Industry. The birth of the latter is heralded by a great slaughter of the innocents. Like the royal navy, the factories were recruited by means of the press-gang.” This is a vision that is very different from the liberal notion, popular among Marx’s contemporaries and modern economic historians alike, of the rise of industry as the steady triumph of contractual, free labour. Marx expresses this thought most powerfully by repeatedly returning to the issue of “child-stealing and child-slavery” as a necessary component of “the transformation of manufacturing exploitation into factory exploitation, and the establishment of the ‘true relation’ between capital and labour-power.” For Marx, next to slavery in the Americas, Dutch colonial violence in Indonesia provided a prime example of how violence was used to create the preconditions for capitalist development. And in the light of what we have already discussed, it should come as no surprise that it is the “stealing of young people” through the East-Indian slave-trade became the centre of his critique.

There are many reasons why Marx turned to Dutch colonial history in Asia so prominently in this chapter. One was Marx’ belief, expressed already in his famous 1853 article “The British Rule in India”, that the earlier expansion of the Dutch in Asia had provided a model for the British conquest of India. The contemporary background against which Marx wrote could have been another factor. After all, the Dutch only formally abolished slavery in their East Indian colony in 1860, a mere seven years before Marx published the first volume of Capital. At the same time, forced labour as a key instrument of colonial exploitation was still in place in the form of the “cultivation system”, and the Dutch waged an endless string of military campaigns and full-scale wars to extend their hold over the whole of current Indonesia. Finally, the example of Dutch colonialism in Indonesia helped Marx to show that the kind of processes that he outlined as “original accumulation”, though playing out in a particular way in Britain, were fundamentally transnational. As the “model capitalist nation of the 17th century”, the Dutch Republic and its cruel policies overseas provided a clear-cut case to look beyond the British Isles.

Image derived from "Jakarta, Indonesia, October 2015" by hectorlo is licensed under CC BY-NC-ND 2.0