The international forum The Great Transition took place from May, 17th to May, 20th 2018 in Montreal. The event was financed by Historical Materialism, the Rosa Luxembourg Foundation, the Social Science and Humanities Research Council of Canada (SSHRC), and a variety of unions and academic units.

The event was an immense success, with over 300 panellists and 20 keynote speakers from 12 countries. In total, 1600 people attended the event, more than twice our expectations! The event was bilingual, with keynote panels as well as many panels simultaneously translated in French or in English.

The goal of the event, like other Historical Materialism conferences, was to create a space of discussion and debate on capitalism, neoliberal globalization and socialist strategies. Our goal was to criticise the current system, but most of all, to organise a post-capitalist forum for activists, academics and the public at large.

We therefore organised the event around three axes, to discuss not only the capitalist system, but also credible alternatives and post-capitalist strategies. The first day of panels and keynote speeches presented criticisms of the current system, the second day tackled the theme of strategies and struggles for a global transition, and the third was on post-capitalist models. These three days together formed a gigantic forum promoting and discussing a great transition.

The organising committee believed that it was crucial to talk about a transition from capitalism, but also the transitions against all systems of oppression. In our understanding, a post-capitalist transition will be incomplete if not simultaneously feminist, anti-racist, democratic, open to indigenous knowledge, and environmentally sustainable. Doing so, we welcomed scholars and activists on a variety of topics such as political economy of capitalism, the ecological crisis, imperialism, patriarchy, social movements, workers movements, indigenous struggles, feminist alternatives and radical democracy. Panels were either formed and submitted by participants, or the editorial committee arranged panels with a special care for coherence between papers, consistency and gender parity.

The next Great Transition, if possible, will be full of challenges. We are already in a process of reflecting on successes and potential improvements. On the one hand, one of our main goals - to create lasting relationships between activists and academics - could have been an even greater success. The event attracted a great number of academics, activists and the public at large, but we will need to rethink our networking approach to create greater synergy between these groups.

On the other hand, The Great Transition could have achieved an even greater gender sensibility. For example, while we managed to have equal number of male and female keynote speakers, women were overly represented in overtly feminist panels instead of being solicited as experts on all topics. Furthermore, many of our keynote speakers were younger and less experienced than their male counterparts. These two aspects represent common problems faced by women in academia, i.e. to be locked into certain topics, or to act as a token that has to measure against older and better-known men. Next time, we will also aim to avoid all-male panels (manels), an achievement we did not reach for this edition.

In the end, the participants of The Great Transition were able to discuss and organise the transitions and they all greatly appreciated the forum. The excellent quality of the panels and of the general logistics, as well as the atmosphere of camaraderie were celebrated by participants. We felt this event was an excellent indicator of the capacity of the left to organise intellectually and practically, and if nothing else, gave us hope for the future. 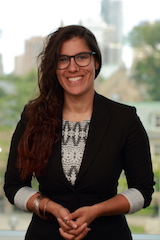 Maïka is a doctoral candidate in political science at the University of Toronto and lecturer in critical studies of gender and globalization. She was one of the two spokespersons for the event The Great Transition.

For more information and web diffusion of the panels:

How does the economy dominate our lives?

Strategies for change in the 21stcentury