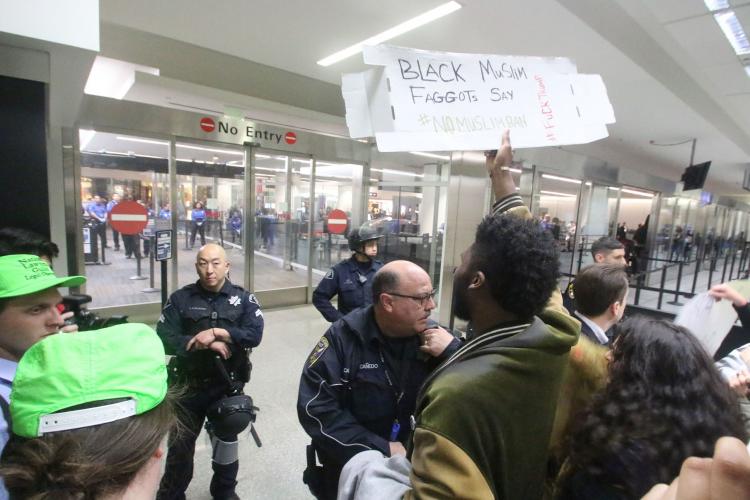 Karl Liebknecht in 1907. A timely archive.

"The resolution of the Congress of Stuttgart also determines our position on the question of deportation. That is emphasized here. It contains, under point 3 of the minimum programme, the abolition of all restrictions excluding certain nationalities or races from residence in the country and from the social, political and economic rights of the natives. For this purpose, an additional motion was submitted by the delegates from Hungary, according to which expulsions should be subject to the guarantees of judicial decision. This request was withdrawn after agreement was reached that the above-mentioned paragraph 3 required the removal of the entire right of the state to deport people. The congress resolution therefore calls for the complete equality of foreigners with the nationals also with regard to the right to stay in the country. Away with the Damocles sword of deportation! That is the first prerequisite for foreigners to cease to be the pre-eminent reducers of wages and strike-breakers. The work on the question of migration is a glorious chapter of the International Congress. The problem, however, has not yet been decided; the Stuttgart resolution is only a first step in this field." 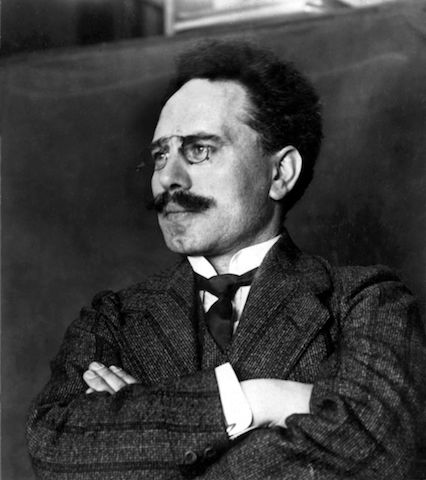 (A reference to the resolution of the Stuttgart Congress of the Second International in 1907 on immigration and emigration, which described immigration and emigration as a manifestation of capitalism, called for a far-reaching reorganization of the transport system, and proposed to the organized workers concrete measures to ensure the equality of immigrants, to fight the reduction of the workers' standard of living and to prevent the import and export of strike-breakers. Liebknecht made this speech at the SPD party congress held at Essen in September 1907.) 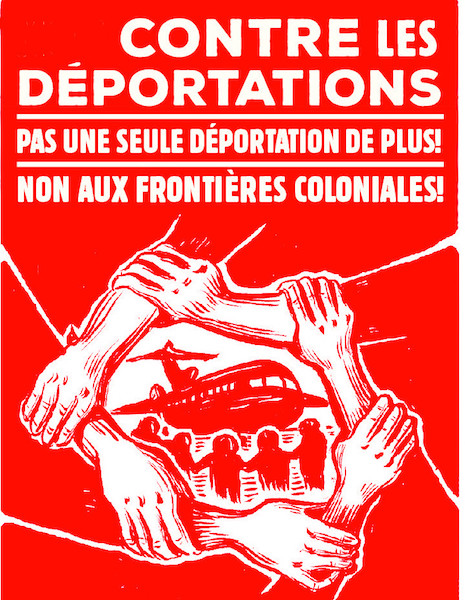 A poster from Calais Migrant Solidarity.

Resolution on immigration and emigration adopted by the Stuttgart Congress of the Second International on August 23, 1907

The immigration and emigration of workers are phenomena that are just as inseparable from the essence of capitalism as unemployment, overproduction and workers’ underconsumption. They are often a way of reducing the workers’ participation in the production process and on occasion assume abnormal proportions as a result of political, religious and national persecution.

The congress does not seek a remedy to the potentially impending consequences for the workers from immigration and emigration in any economic or political exclusionary rules, because these are fruitless and reactionary by nature. This is particularly true of a restriction on the movement and the exclusion of foreign nationalities or races.

I. For the country of immigration

1. A ban on the export and import of those workers who have agreed on a contract that deprives them of the free disposal over their labour-power and wages.

3. Abolition of all restrictions which prevent certain nationalities or races from staying in a country or which exclude them from the social, political and economic rights of the natives or impede them in exercising those rights. Extensive measures to facilitate naturalisation.

4. In so doing, the following principles should generally apply in the trade unions of all countries:

(c) the ability to change from the trade union of one country to another for free, upon the fulfilment of all liabilities in the previous union

(d) striving to establish an international trade union cartel, which will make it possible to implement these principles and needs internationally.

5. Support for trade union organisations in those countries from which immigration primarily stems.

II. For the country of origin

2. Education of the workers and the public on the true state of the working conditions in the country of origin.

3. An active agreement of the trade unions with the unions in the country of immigration for the purpose of a common approach towards the matter of immigration and emigration.

4. Since the emigration of labour is often artificially stimulated by railway and steamship companies, by land speculators and other bogus outfits, and by issuing false and scurrilous promises to the workers, the congress demands:

l) The monitoring of the shipping agencies, the emigration bureaus, and potentially legal or administrative measures against them to prevent emigration being abused in the interests of such capitalist enterprises.

III) Reorganisation of the transport sector, especially ships; the appointment of inspectors with disciplinary powers, recruited from the ranks of unionised workers in the country of origin and the country of immigration, to oversee regulations; welfare for newly arrived immigrants, so that they do not fall prey to exploitation by the parasites of capital from the outset.

Since the transport of migrants can only be statutorily regulated on an international level, the congress commissions the International Socialist Bureau to develop proposals to reorganise these matters, in which the furnishings and the equipment of ships must be standardised, as well as the minimum amount of airspace for every migrant. Particular emphasis should be placed on individual migrants arranging their passage directly with the company, without the intervention of any intermediate contractor.

These proposals shall be passed on to the party leaderships for the purposes of legislative application and for propaganda. 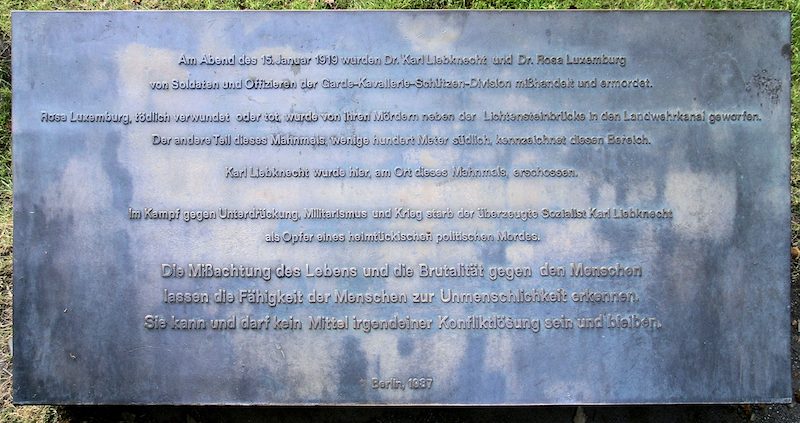