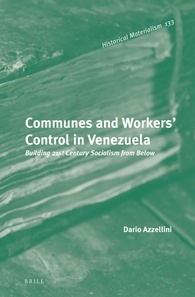 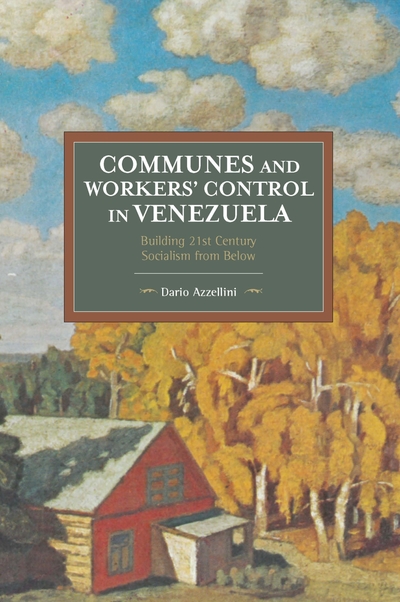 Building 21st Century Socialism from Below

In Communes and Workers' Control in Venezuela: Building 21st Century Socialism from Below, Dario Azzellini offers an account of the Bolivarian Revolution from below. While authors on Venezuela commonly concentrate on former president Hugo Chávez and government politics, this book shows how workers, peasants and the poor in urban communities engage in building 21st century socialism through popular movements, communal councils, communes and fighting for workers' control. In a relationship of cooperation and conflict with the state, social transformation is approached on 'two tracks', from below and from above. Azzellini’s fascinating account stands out because of the extensive empirical examples and original voices from movements, communal councils, communes and workers.

2. Class, Constituent Power, and Popular Power
2.1 Updating the concept of class
Theoretical notes on class and multitude
Class composition and breadth in Venezuela
2.2 Socio-territorial segregation and class formation
2.3 From taking power to process: Constituent power and popular power
Crisis as a motor of history: Constituent power vs. constituted power
The popular constituent process
The simultaneity of foci: Resistance, insurrection and constituent power
Popular power: The knowledge of resistance

3. Movements and Alternative Construction in Venezuela
3.1 Social movements or popular movements?
3.2 The historical current for change and the ruptures of the continuum
3.3 The new framework of action
3.4 Popular actors and autonomous construction
The Bolívar and Zamora Revolutionary Current
The Settlers’ Movement
National Network of Communards

4. The Communal Councils: Local Self-Administration and Social Transformation
4.1 Participatory budgeting
The failed CLPP initiative
Metropolitan Council for Planning Public Policies (CMPPP)
The Municipal Constituent
The Local Work Cabinets in Caracas
4.2 The communal councils
The genesis of the CCs
Makeup and structure
Rigid law and flexible praxis
Financing and financial administration
Projects
Decentralisation or centralisation
Development, situation, and contradictions
Relationship between CCs and institutions
CCs and popular movements
Relations between CCs and communities
The appropriation of CCs by communities and the question of the state
4.3 The CCs as a means of participation in the barrios of Caracas
The ‘Emiliano Hernández’ Communal Council, Magallanes de Catia, Caracas
The CC as a body of self-administration
Participation as a process of development and of social recognition
Participation as a process of democratisation and of building collectivity
The CC ‘Unidos por el Chapulún’, Parroquia Nuestra Sra. del Rosario, Baruta
CCs in Caracas: Conclusions
Participation
Relationship between communities and institutions

6. Workers’ Control, Workers’ Councils, and Class Struggle
6.1 Recuperated companies and nationalisation
6.2 Workers’ control and workers’ councils
The movement for workers’ control
The Socialist Workers’ Councils
The CVG and the 2009–19 Socialist Guayana Plan
6.3 Workers’ control: The example of Inveval
From the struggle for pay to the struggle for the factory
The workers abandon the cooperative and form a council
6.4 Alcasa: Class struggle for productive transformation against bureaucracy and corruption
Revolutionary co-management
The victory of bureaucracy and corruption
Workers’ control returns
The organisational structure of the new Alcasa
Worker inventiveness workshops
The Alcasa initiatives and the institutional embargo
The attack on workers’ control and the negation of the Socialist Guayana Plan
6.5 New struggles for workers’ control
6.6 Approaching the issue of new worker subjectivities in the context of participation and class struggle
Horizontality in the factory and change throughout society
The new collective self

7. Communes, Production, and the Communal State
7.1. Communes
Origin and form
Communes and constituted power
7.2 Companies of Communal Social Property and the construction of a communal economy
7.3 Communal state: State or non-state?

8 Local and Worker Co-Management, Two-Track Construction, and Class Struggle: A Preliminary Assessment
8.1 The Bolivarian process and class struggle
8.2 Communal councils, communes, and communal state
8.3 Property models, the administration of the means of production, and class struggle
8.4 Nationalisation, workers’ control, and the Socialist Workers’ Councils
8.5 The relation of constituent and constituted power to class struggle