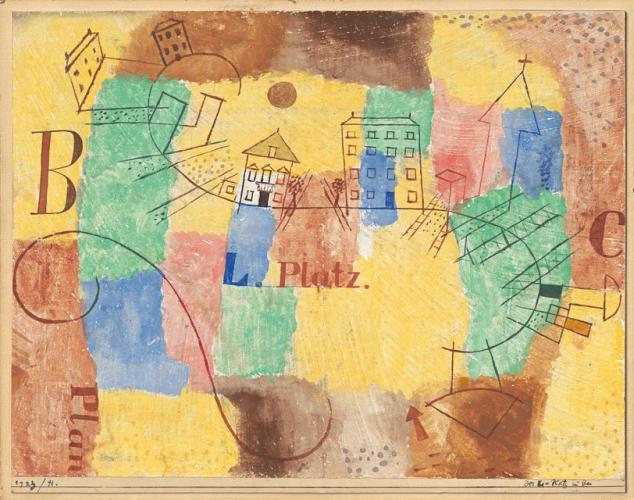 Talk given at Birkbeck, University of London, on 22 September 2016 for the occasion of the publication of Walter Benjamin’s The Storyteller: Tales out of Loneliness, Edited and translated by Sam Dolbear, Esther Leslie, and Sebastian Truskolaski. Illustrated by Paul Klee, Verso, London 2016

Walter Benjamin’s The Storyteller: : Tales Out of Loneliness is an edition of 42 pieces of writing by Benjamin – mainly his fiction, his puzzles and stories, his jokes and sketches. There are a smattering of reviews by him too – in the main ones that had not been translated before. The translators gathered together the bits and pieces of Benjamin’s literary work, some of which had made its way into the collected works, some of which had never been translated and some of which was just scraps that no one had taken much notice of. We rescued that which needed rescuing and put it into English. We also put it into contexts – dividing the book into three themes, to which the stories and the included reviews should speak: dreams, travel and play.

Porous categories – what dreaming is not a kind of play, or a journey of sorts – what play is not a travelling – if one takes Benjamin’s ideas of experience seriously – Fahren and Erfahren. And these terms – dream, travel and play extended themselves, stretching into other others – the dream is a nightmare, it is fantasy and it is insanity. Travel can take you to distant places, to the unknown, the remote, or it can be the exploration which Benjamin loved too of your own doorstep – what he calls in his review of Franz Hessel ‘Backdoor Berlin’. The strangeness beneath your feet. And play twisted through the license of German into gambling – into the capacity to lose it all with one throw of the dice or spin of the wheel. It is here that most obviously the intertwinements of capitalism and myth appear.

What are the meeting points of fiction and form? Benjamin is promiscuous in relation to form – he writes bald prose and comic verse and expressionist prose and symbolist reveries and psychological thrillers – and yet perhaps none of those really fit to describe the work. In a review that was excluded in the end from the book – titled ‘Subterranean Passageway in the Tiergarten Street’ – Benjamin notes of watercolours by Rolf von Hoerschelmann in an exhibition:

‘The magic of these pages is perhaps this. On them locality and fantasy come together out of ‘free love’, without letting themselves be wed by the composition.’

Are locality and fantasy so freely entwined in Benjamin’s writings, without being hampered by any rigidities of construction, any commitment to any form, any wish to work and rework what is there? Something holds the pieces together – perhaps that something is assumed by me – but it is an intensely personal involvement in all of the scenes – whether he describes something that has happened to him or something that was told to him by another. It all seems to stem from experience – Erfahrung – from a knowing that is passed on mouth to mouth, created in dreams or found lurking in the streets.

I want to illustrate this by quoting from a review that we translated for the book  but did not include. Titled ‘In Praise of the Doll - Critical Scoffs at Max v. Boehn’s ‘Dolls and Puppet Shows’’, published in the Literarische Welt in June 1930. The review is harsh – a product of disappointment, or jealousy. But then Benjamin slips into another mode.  He writes:

‘Right after this dubious exegesis of Kleist, however, one has the pleasure of stumbling upon the ‘Changeable Dolls or Metamorphoses’. Boehn names as their inventor Franz Genesius. They played a leading role in the Puppet Theatre of Schwiegerling, certainly one of the greatest puppet playhouses of all times. These days it seems to have become difficult to find out anything about his theatre and for this reason I will communicate what I recall of a performance by Schwiegerling’s Puppet Theatre in Bern in 1918. This puppet theatre was actually more of a magician’s shack. There was only one production on each evening. Beforehand, however, his artistic dolls were put on show. I can still clearly visualise two scenes. Kasperl enters dancing with a beautiful lady. Suddenly, just when the music is at its sweetest, the lady collapses, transforms into a balloon and carries Kasperl – who clasps it tightly, out of love – off into the sky. For a moment the stage remains quite empty, then Kasperl tumbles down with a terrible crash. The other scene was sad. A girl who looks like an enchanted princess plays a sad melody on a hurdy-gurdy. All of a sudden the hurdy-gurdy caves in. Twelve sugar-tiny doves fly out. But the princess sinks silently to the ground with her arms raised. And as I am writing this, another memory from those days comes back to me. A tall clown stands on the stage, bows, begins to dance. During the dance he shakes a little dwarf-clown from his sleeve. He is dressed in the same red-yellow floral costume as he is. And with every twelfth step of the waltz, he produces another. Until, finally, twelve identical dwarf- or baby clowns dance in a circle around him.’

A play, a dream, a moment experienced by a student in Switzerland, exiled from his warring homeland. Benjamin writes out of experience and forms his experience into magical, tiny forms, strange wonders of analysis and emotion, dubious sometimes, in the old and in the modern sense, both enigmatic and off-beam – and inconclusive, yet with emphatic, often downbeat or deflating conclusions – like the shock of waking that must be endured until the dreams flood in again.